MANNISH BOYS AT THE MOCAMBO: What, No April Wine? 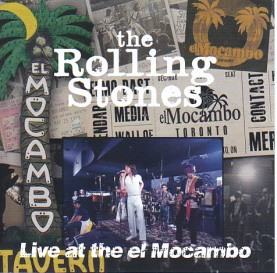 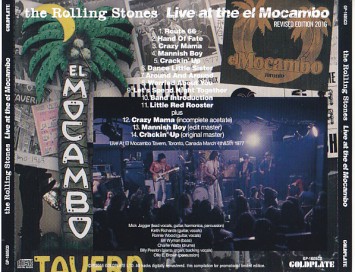 The 300 lucky radio station contest winners who crowded into a dozen buses bound for Toronto’s El Mocambo Tavern one early March evening in 1977 began booing when they thought they wouldn’t be seeing the club’s headliners, April Wine, after all. Also on the bill that night was some opening act called The Cockroaches.

They didn’t know until minutes before they pulled in around the back of the club entrance – where a mobile recording truck helmed by producer-engineer Eddie Kramer (Jimi Hendrix, Led Zeppelin, Traffic, etc.) was also surreptitiously parked – that the moniker of those reviled household pests supposedly opening the show was a sly ruse. In fact, the actual identity of The Cockroaches was a slightly better known outfit named The Rolling Stones, who’d been in town for the better part of a week staying at the Harbour Castle Hilton.

(Infamously, this is where and when it could have been the beginning of the end for the Stones. Guitarist Keith Richards was busted for having 26 grams of heroin in his hotel room – a sizeable amount, Richards would say, that was intended to allow him to maintain his heavy habit for the five to six weeks he expected to stay in Toronto).

“The plan that we constructed was to have a contest: ‘What would you do to see the Rolling Stones play live?’ ” recalled Duff Roman, the mover and shaker behind Canada’s first AOR (Album-Oriented Rock) station, CHUM FM, in a 2015 interview the National Post newspaper. “This way we could select the 300 top entries and guarantee that real fans would be there for the event. The prize would be a chance to see April Wine at the El Mocambo. People wrote in and we cherry-picked the best ones. As you might expect, there were lots of nude Polaroids. When the band came in to judge the winners, they slipped the photos in their pockets and took them home.”

Indeed, the Stones seemed in a randy, rowdy, rude mood when they hit the El Mocambo stage on March 4th and 5th for a pair of shows that were to be professionally recorded for inclusion on the group’s “Love You Live” double LP document of the band’s 1975-76 U.S. and European tours.

A handful of those Mocambo tracks, which appeared on the standout Side 3, are a highlight of an otherwise soggy sprawl of an album, and it triggered a thirst for more material from those intimate, inspired, and even historic (more on that in a minute) shows. Roughly a dozen separate unofficial CD (and some LP) titles devoted to the secret show have surfaced (see below photos for examples), mostly during the past five years when, presumably, an acetate of most of the show surfaced. 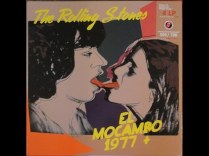 This is where the collectible (fancy for “boot”) specialty label, Goldplate and their new and superb release, “Live At The El Mocambo” (GP-1605CD) comes in (it’s worth digging on discogs or the usual collector’s sites: you can’t always get what you want, as the saying goes. But if you try sometimes, you just might find you get what you need).

Goldplate’s release is good news for those fans who missed the No Label’s extremely limited run (100 copies only) CD, “El Mocambo 1977,” which it apparently sourced from another release titled simply “El Mocambo” by the Acid Project – the latter of whom released not one but two versions of the show themselves, according to the Rolling Stones Bootleg Database (dbboots.com).

As with Goldplate’s previous Stones releases (reviewed here at ‘RPM’ and at the Collectors Music Reviews [CMR] blog, where this review first appeared), the label does a fine job of presenting a highly enjoyable, historically significant show matched with simple, straightforward but era-accurate artwork (a double-sided color tray card, inlay photograph, and back cover with track listing and personnel). In short, the modest packaging and presentation doesn’t oversell, or misrepresent, the music inside. It doesn’t need to. The music speaks for itself.

Goldplate’s entry is reportedly assembled from a mix of mostly very good-to-excellent (if a bit grainy) soundboard tapes and an acetate of mostly the March 4 show, with three tracks from the next night sprinkled in. The tapes here are long on clubby ambience, chummy dialogue between the band members and the audience (Mick Jagger: “Is this the critics’ section?”; “There’s the bottom pincher from last night”; “Bill Wyman just wants to take photographs of girls’ legs … “Keith of course is completely straight”; – even an errant “Margaret!” shouted from somewhere, as in Princess Margaret Trudeau, who attended the shows and around whom rumors of a Stones fling were flung).

Throughout the proceedings, the Stones embrace a loose, limber, and playfully lascivious approach, and it’s a good glimpse of where the group’s stage show was headed. 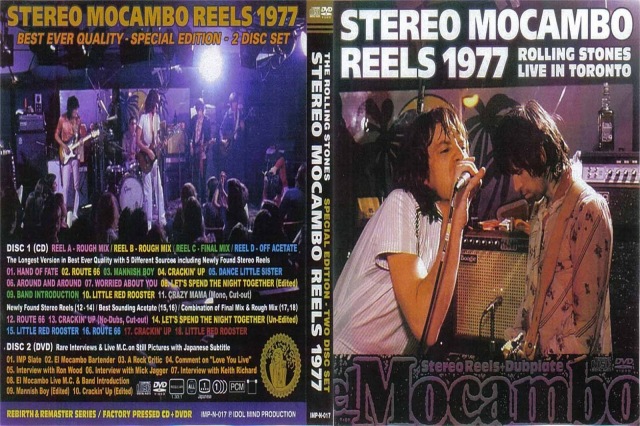 As expected, we get a few holdover numbers from the Stones’ most recent albums at the time. From 1976’s ‘Black and Blue” comes “Hand Of Fate” and “Crazy Mama,” the latter of which somewhat jarringly utilizes a second tape source emphasizing Billy Preston’s piano and Mick Jagger’s vocal at around the three-minute mark. And from 1974’s “It’s Only Rock ‘n Roll” we get a riff-snorting “Dance Little Sister” that presages the tight twin guitar interplay that would define much of the stripped-down, propulsive sound of 1978’s “Some Girls” album. To my ears, the El Mocambo performances showcase a band shedding the bloated excess and gimmicky trappings of its mammoth ‘75 and ‘76 tours and returning to the critical core of its own beginnings.

In talking about that early history, it’s no coincidence that the real highlight here – as it was on the “Love You Live” official release – is the handful of blues covers (“Mannish Boy”; “Little Red Rooster”) and old-time rock ‘n’ roll covers (“Route 66″; “Around And Around”; “Crackin’ Up” done reggae style) the Stones break out at the party.

Like the band itself, this material in particular benefits from a hot, sweaty club atmosphere. In fact, this live, loping reading of “Little Red Rooster,” which is capped by some tasty Ronnie Wood slide guitar and expressive harmonica from Jagger, just might be the definitive Stones version, surpassing even their studio version from more than a decade earlier.

The biggest surprise here is an early public run-through of “Worried About You,” which wouldn’t appear on a Stones album (“Tattoo You”) for another four years. The early, different lyrics and the fact that the Stones never incorporated this underrated track into their stage shows of 1981 or 1982 makes hearing this number a tasty treat.

We get three bonus tracks to round out this release: “Crazy Mama” from an incomplete acetate that cuts out after just over three minutes; an edited master version of “Mannish Boy”; and the original master tape of “Crackin’ Up” that’s essentially the same version from “Love You Live.”

One wishes now, as then, that the Stones had released this entire show as their official “Love You Live” album. But who knows? The boys have been revisiting their vaults in recent years, so maybe we’ll all get to feel like radio station winners on their way to hear The Cockroaches someday soon. In the meantime, this disc provides a nice backdoor entry into the El Mocambo. 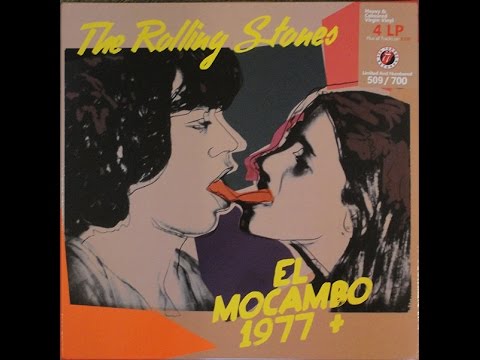