Welcome To The Breakfast Show: 50 Years of Living With Let It Bleed

Front cover, inner sleeve, and poster issued for the U.K mono version of “Let It Bleed”

Talk about setting a high bar. How do you match an album (1968’s “Beggars Banquet”) that has “Sympathy For The Devil” as its opener? Simple. Make “Gimme Shelter” the opening salvo on your follow-up record.

Some of us didn’t need a big box set (out now) marking the golden anniversary of “Let It Bleed” to know that fifty years on, the album remains as dark, majestic, and foreboding as its opening track, if not quite as dark, disastrous, and decidedly un-majestic as the apocalyptic free concert at Altamont Speedway the Stones gave in December of 1969.

“Let It Bleed” was released just one month prior, and I’ve always thought the cover looked eerily prescient of the shambles of the show and the symbolic collapse of 1960s idealism it has come to represent. 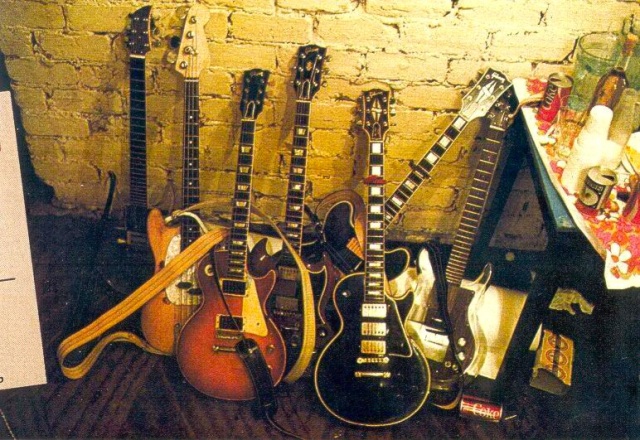 Original handbill for the 1969 U.S. tour, the same month “Let It Bleed” was released.

For starters, what’s with the bicycle wheel (or is that a tire from a Hell’s Angels’ motorcycle)? What’s with the five Stones sitting atop a colorful cake that — on the back cover — crumbles and topples, along with their likenesses? Have they run out of time, situated as they are near the stopped and stripped clock face? And is that the Maysles’ brothers’ film canister for “Gimme Shelter” sandwiched inside the messy concoction? (An early candidate for the film’s title was reportedly going to be “Let It Bleed.”)

Lobby poster for the movie capturing the Stones’ ill-fated ’69 tour that ended at Altamont, California

Finally, what’s up with the “bleed” in the title, whose sentiment seems to be “let the blood flow” rather than the rather playful sentiment of, say, communally letting it all hang out because “we all need someone we can lean on/feed on/bleed on” etc. , conveyed in the title track itself? It is not, contrary to popular belief, an answer to the Beatles’ “Let It Be” (the latter LP would not even be released until the next year). And how on earth could the Stones have known any of what this cover seems to foreshadow? These questions only added to the mystique surrounding the group at the time. 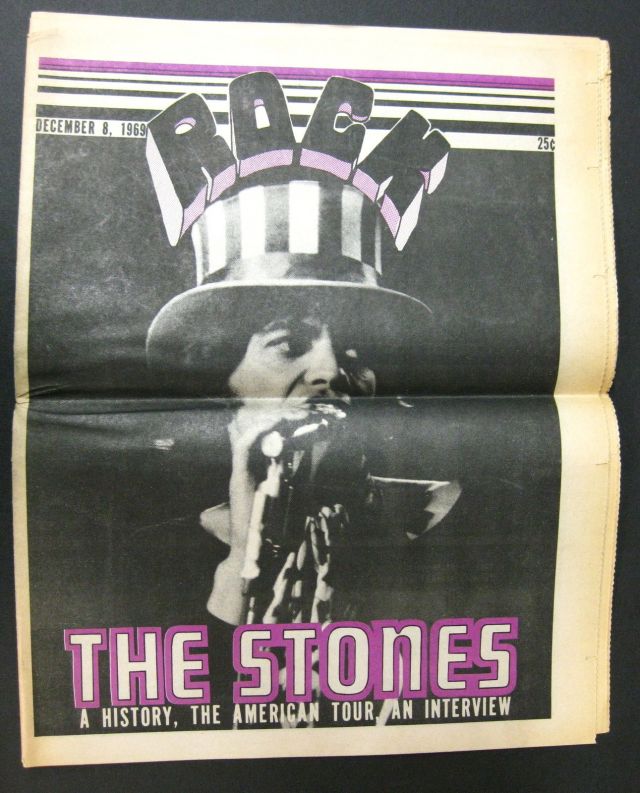 A report on the ’69 tour, published on RPM’s birthday

Then there’s the music itself, starting with the impending midnight doom of “Gimme Shelter” and talk of fire that “burns like a red coal carpet,” engulfing everything in its path. The dystopian destruction is all-consuming. War, fear, strife, rape, murder, an existential nightmare on a universal scale, is “just a shot away.” As many of us know (or should) by now, those penultimate lines are chillingly delivered in a stark solo by powerhouse session singer Merry Clayton, enlisted in the dead of night to bring the apocalypse home. It’s a testament to her performance that it remains the defining moment in a song full of them.

But despite all of this, there is a way out, the Stones seem to suggest.

“Love,” Mick hunkers down to remind us amid the swirl of madness, “it’s just a kiss away.” What makes the plea so tenuously hopeful yet heartbreaking is the solution’s utter simplicity. It’s a love-thy-neighbor commandment, charmingly naive perhaps, but cut with the cold realization that we’re apparently incapable — or unwilling — to take that leap of faith. We’re too far gone, too deeply invested in our violence to express that gesture of humble humanity.

“Gimme Shelter” is as close to preaching or protest music as the Stones ever got. And in a career spanning more than a half-century, it just may be their finest and most ambitious song; the most deliciously disturbing, and totally immersive, sonic universe they’ve ever conjured. 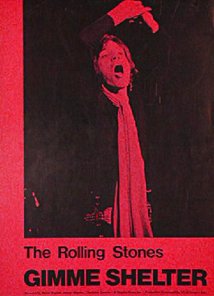 “Let It Bleed” wasn’t the unified folk and blues, roots-music-dosed mood piece of its predecessor, “Beggars Banquet,” or as commercially popular as its sensational electri-fried follow-up, 1971’s “Sticky Fingers.” Nevertheless, it bursts with vivid imagery and melodic hooks, and has an organic yet sculpted production sheen that would prefigure “Sticky Fingers.”

On balance, “Bleed” was (and remains) every bit as wide-ranging as both of those more celebrated LPs (not to mention the canonized “Exile On Main St.”), from the jaunty fiddle-and-acoustic guitar strum of “Country Honk” (thanks to fiddler extraordinaire Byron Berline’s appearance on this backwoods cousin to the city-fied “Honky Tonk Women”), to the sleek thrust and parry pop of “Live With Me” (which marks both saxophone sideman mainstay Bobby Keys’ and lead guitar prodigy Mick Taylor’s debut on a Stones record).

Elsewhere, there’s the sinewy, simian funk tour-de-force of “Monkey Man”; Keith Richards’ wistfully yearning “You Got The Silver” — perhaps his best and most heartfelt  composition and certainly his tenderest vocal performance; and Robert Johnson’s blue-lighted, spectral  “Love In Vain.”

It’s no surprise that the latter song became a live standout on Stones tours for years to come, a number that brought the Stones back to the blues, but more pointedly, proved an ideal vehicle to showcase Taylor’s sublime slide and solo guitar. (Later, Taylor’s successor Ronnie Wood — no slouch on slide either from his days with the Faces — would take over the spotlight).

Here, there, and everywhere, session staples such as Nicky Hopkins and a young Ry Cooder help color and accent the fabulous material. And of course, the inimitable Jimmy Miller (supposedly the “Mr. Jimmy” Mick mentions in “You Can’t Always Get What You Want”) is producing, deepening his magical streak of helming Stones classics that began with “Jumping Jack Flash.”

Contemplating who they can bleed on, Olympic Studios circa 1969. Photo by Ethan Russell

“Midnight Rambler” is one of the few songs that come to mind whose live version is considered definitive. Along with the feral, epochal “Jumpin’ Jack Flash” single issued a year prior (which crucially recast the band’s identity in the wake of 67’s  psychedelic mishmash, “Their Satanic Majesties Request”), “Midnight Rambler” quickly asserted itself as a dramatic stage showpiece for Mick Jagger’s emerging personae as the ’60s drew to a close and the ’70s dawned.

Spinning the U.K. original mono copy of “Let It Bleed” at RPM HQ

Yet here, in its original studio-recorded form, “Rambler” provides a coolly creepy, claustrophobic glimpse inside the mind of one dangerously disturbed individual, with Jagger vamping, sniffing, and posturing, his footseps silently padding down the darkened hall. You can actually hear the malevolent glint in his eye. The studio reading of “Midnight Rambler” is all stealth and shadows and whispered asides; intimations of harm and quiet riots from deep inside a sinister interior funhouse of nightmares and trick mirrors. 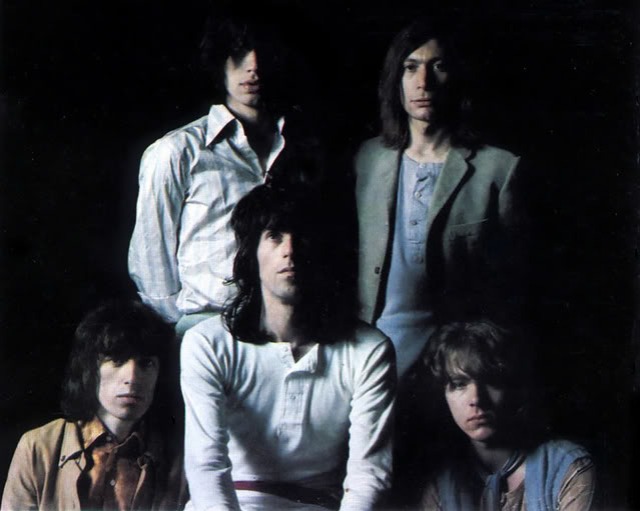 The LP closes with the ultimate elegy for the ’60s, “You Can’t Always Get What You Want,” one of rock’s most enduring, if sobering anthems. Far from being a jubilant wave of the freak flag for those fractured times, the song puts the spirited dreams and mind-expanding decadence that defined (and quickly commodified) the so-called “Summer of Love” just a couple years’ earlier in clear-eyed check. Its narrative tone is that of a pragmatic observer taking stock of the street and social scenes around him. It’s a cold splash of water signifying compromised ideals and the hard swallow of cutting one’s losses; making uneasy peace with creeping disillusionment; and forging a path forward.

But as far as the music we’re hearing at that moment —  and, indeed in the many sparkling, dramatic, and crisply cool moments that dot the variegated aural landscape before it — “You Can’t Always Get What You Want” is a sentiment that has proven to be not entirely true.

It may only be rock n’ roll, as someone once said. But as long as we continue to have this majestic mini-cosmos to listen to, this beautifully collapsing cake mixture of nine songs on hand to draw pleasure from and reflect  (and maybe even bleed) on, the encouraging answer is yes, yes we can. 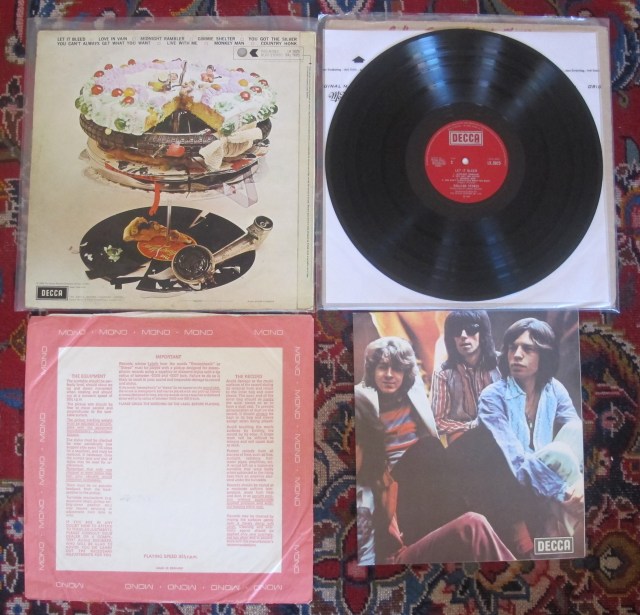 Back cover, inner sleeve, and original poster issued with the UK  album.

← THE TIES THAT BIND: The Timeless River That Runs Through Bruce Springsteen’s America
PHAIR WEATHER FRIEND: Hanging Out In Guyville 25+ Years Later →