Leaving Traces and Circles Around The Sun: Farewell Neal Casal (1968-2019) 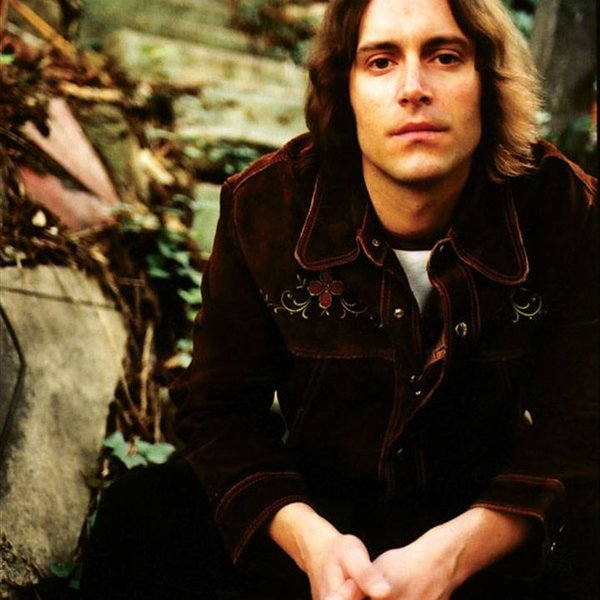 You may not know who Neal Casal is, but you’ve almost certainly heard him.

Before his tragic passing at 50 years old, reportedly by suicide, this past Monday,  the New Jersey native recorded with and played alongside some of rock, pop, country, and roots music’s biggest names and brightest stars: Willie Nelson, Sheryl Crow, Lucinda Williams, Ryan Adams, Chris Robinson, and, last but not least, Blackfoot, the ’70s and ’80s Southern rock stalwarts where he cut his teeth as a 22-year-old lead guitar slinger.

In between, Casal also released a slew of well-regarded solo albums and was a charter member of  The Cardinals, Ryan Adams’ post-Whiskeytown outfit; The Chris Robinson Brotherhood, the combo led by the ex-Black Crowes frontman; and Circles Around The Sun, a group that originally banded together to record pre-show and interlude set-break music for The Grateful Dead’s Fare Thee Well concerts.  All told, Casal’s presence can be felt and heard on more than five dozen albums spanning a generational spectrum of styles and singers. And it’s small wonder.

Casal was a multi-tasking, multi-genre musical threat: a fine singer, composer, and detail-oriented storyteller; a fluid and lyrical lead player as well as bedrock-solid rhythm guitarist; and an unassuming personality who proved a versatile sideman and good-natured complement to the legends and stars in the spotlight. And as I’ve recently discovered, Casal was also a talented and critically well-received photographer whose work was shown in galleries, graced album covers, and published in music magazines such as Rolling Stone, Spin, and Mojo, among others.

I sat down with Neal for a pre-show dinner interview nearly 20 years ago, while he was touring as a guitarist with the Beachwood Sparks. Still in his early thirties, Casal was about to release his sixth solo album, “Anytime Tomorrow,” which made this then-largely unknown singer-songwriter quite prolific and resolute in my view.  Modest as he seemed in conversation, clearly he believed in his music — big commercial payoff be damned — and had a small but dedicated corps of listeners, musicians, and independent record labels, that did too.

For some odd reason (well, not that odd for me), I recently thought fondly of our conversation while talking with a friend about “Basement Dreams,” an early Casal solo effort we both loved. Having lost track of his whereabouts over the years, I googled Neal not long after to see what he’d been up to and was heartened to see that he was still writing and performing the music that seemed to flow so naturally from him, and had amassed an impressive list of credits in the intervening years since we had spoken.

Reeling a bit from this week’s sudden, sad news, I put on some Neal Casal music and pulled this piece, originally published in The Boston Phoenix back in November of 2001, a halcyon time when Neal’s basement dreams were finally being brought out into the daylight.

Neal Casal never wanted to be Lucinda Williams’s guitar player. But, as he says over falafel at the Middle East (where he’ll later take the stage with Beachwood Sparks, with whom he’s signed on as guitarist/keyboardist for the band’s autumn tour), “when one of the great songwriters asks you to come and play, you say yes. It’s as simple as that.”
Earlier this year, Casal’s drummer, Don Heffington, joined the band Williams was putting together. She asked Heffington if he knew any rhythm guitar players. He suggested Casal, a California-based singer-songwriter with a slew of well-regarded albums to his credit but no American record deal. Williams invited Casal to hop on board for some live dates. So was Williams the perfectionist she’s always made out to be?
“ ‘Perfectionist’ can be taken a lot of different ways, but yeah, she is,” says Casal. “It’s not without merit, though. She knows what she’s looking for and she’ll stop at nothing to get it right. And I really respect her for that. She compromises for no one. You don’t always make friends that way, but I think in the end that she’s right. When you listen to her records, there’s the proof.”
Despite an impressive resume of session credits (Sheryl Crow; Smashing Pumpkins’ James Iha), to a devoted group of fans and musical admirers, Casal has made a lot of fine music in his own right, starting with 1995’s Fade Away Diamond Time (Zoo) and leading up to his new album, Anytime Tomorrow . The latter disc, released this month on Casal’s own Morebarn Records imprint, was first issued overseas last year on Germany’s Glitterhouse label, which says something about where his music has – so far, at least – found its most appreciative audience. 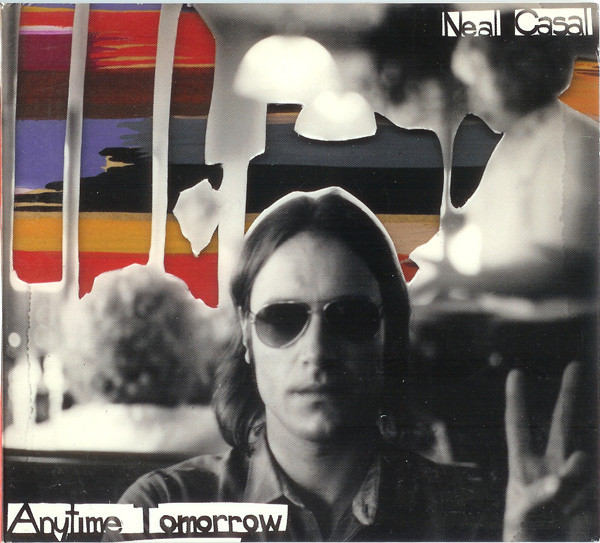 In fact, the new album represents Casal’s first stateside release since his ‘95 Zoo debut, which showcased a promising young artist before his label went kaput, and Casal’s future very nearly went with it. “I found acceptance in Europe so that’s where I went,” Casal explains. But now, armed with a disc he believes to be the strongest of his career, he says “it’s time to come back.”

Here’s hoping he’s right. Anytime Tomorrow is a fifty-minute Cosmic California Dream populated by the young ghosts of Jackson Browne, David Crosby, and the Glenn Frey-led Eagles, replete with ‘70’s production values as warm, wide and spacious as Laurel Canyon. The spangled, Stonesy romp of “Willow Jane” and the sunbeam-spiked daydream of “Oceanview” are obvious highlights, but any one of the disc’s dozen tracks wouldn’t sound out of place on one of those AM Gold compilations, nestled alongside Poco or Heart Like A Wheel-era Linda Ronstadt (Anytime Tomorrow bassist Bob Glaub’s played with both Browne and Ronstadt).
Out of time, space, and context? Casal pays no mind. Along with his new tour mates, Casal’s part of a growing SoCal scene that’s starting to get noticed – and no wonder. Given the canned goods being spooned out to a kiddie-centric pop marketplace, this stuff suddenly sounds fresh, real,  new. 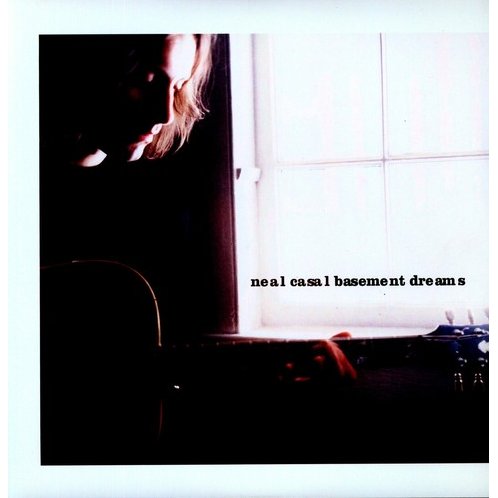 “I think the comparisons are flattering as long as it’s just a starting point for people,” Casal warns. “Those comparisons can be limiting. People think ‘oh well, they’re just a Buffalo Springfield knock-off, or Gram Parsons knock-off’ – that’s the name that always comes up. I love Gram Parsons as much as anyone, but to be compared with him sends up a red flag immediately.
“On the other hand, “ he adds, “If somebody feels that my songwriting rivals early Jackson Browne, I can only take that as a tremendous compliment. And yes, those bands meant *a lot* to me and yes, they were inspiring.” But Casal stops short of calling what he’s doing as part of any movement. 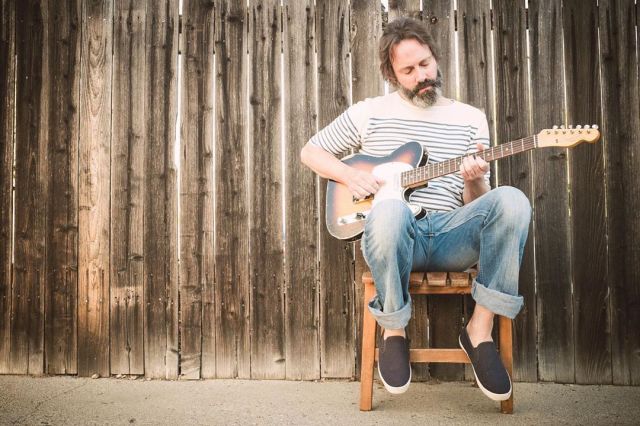 His albums, he insists, are merely an extension of a lifetime of listening. Casal fell in love with the pedal steel and rhythm guitar from the moment he first heard the Stones’ Exile On Main St., the album given to him by his brother for his 13th birthday. “Willow Jane”, he confesses, is an obvious homage. “Keith (Richards) was the reason I started playing guitar. So if there’s a nod to Keith in the riff to ‘Willow Jane’, I’ll certainly, proudly, own up to that.”
Casal began playing pedal steel guitar well before he ever heard of bands like the Jayhawks or Uncle Tupelo. “I really wasn’t plugged into the scene that was happening in the early ‘90’s, but I *did* feel a certain kinship when I heard those bands. But I don’t make music as a reaction to anything happening in the musical scene.”
Anytime Tomorrow Casal says, reflects how his life felt at the time: “I looked around and realized that all my friends were still with me and that we had all grown together. I was standing on stronger ground than I was a few years before, and that’s good. That means you’re getting somewhere.”

← A LATE BLOOMER IN FULL FLOWER: Becoming Asa Brebner (1953-2019)
THE TIES THAT BIND: The Timeless River That Runs Through Bruce Springsteen’s America →