March 18, 2019 · by Jonathan Perry · in 1970s, Boston Rock City, deaths, Features, FM Radio, In Memoriam, Interviews, Local Flavor: Home Brewed and Baked Goods, Massachusetts, Modern Lovers, Rock and Roll, Singer-songwriters, Tributes, Uncategorized · 2 Comments
Just about everyone who knew, saw, or heard him has been rightfully mourning Asa Brebner, a leading light and luminary of the New England music scene who died at age 65 just over a week ago. When I read the brief, shock-stung announcement last weekend on Facebook (Asa’s frequent communication channel for his own posts and ruminations), the message sent me reeling a bit too. I’ve been reeling a lot more lately at news like this, as the years inevitably, inexorably roll by.
On the day the news reached me, I was getting ready to reconnect with a small group of  old friends and newspaper colleagues I hadn’t seen or talked with for over 20 years. I’ve recently moved with my family to Philadelphia, not far from my old New Jersey stomping grounds as a twenty-something, and I was acutely aware of the passage of time and the changes — both good and bad — it’s brought and wrought. With this emotional mindset for a backdrop, I flashed on my own snapshot image of Asa, and soon found myself digging through my physical archives and mental memories of the musician, on and off the stages he called home for more than 40 years.
I wrote about Asa, whether as a solo artist, bandleader, or sideman, a number of times over my 15-year run covering music in and around Boston. But that first sit-down interview I did with him, during a summer afternoon in 2001, remains indelible. First and foremost, I remember his frankness during what must have been an hour-long conversation, that — as you’ll read below — was all the more striking because his forthrightness was in the service of what I soon sensed was a deeply thoughtful, brooding nature not given to glib, canned quotes.
When Asa answered one of my questions about the trajectory of his music or creative spirit, for example, or explored a tangential detour involving his philosophical perspective about those things, the result was a candid, unflinching self-assessment; the kind of stuff many people have a hard time talking about: fear, regret, ambition, failure, and how to continue making art in spite of all those things.
And about that pervading, single image embedded in my mind: It was watching Asa coming through the door at the Middle East bakery in Cambridge, Massachusetts for our scheduled interview that summer afternoon. I was already seated in a vinyl-backed booth waiting for him, going over my notes, the discography details of his life, making sure the batteries in my tape recorder were at full strength.
I had seen Brebner only in the context of performing on stage with his guitar and a band, of course (which is why we were here, after all; he had a new album and a retrospective compilation coming out, and I  very much liked his music of compelling contradictions: taciturn but direct, sardonic yet soulful, complicated emotions distilled through a homespun, rootsy simplicity).
Off stage, he wasn’t what I expected. Here, Asa wasn’t working the room as a highly respected, veteran Boston singer-songwriter with a top-shelf resume of cool   credits (Jonathan Richman, Robin Lane etc.). Instead, he had been working his day job in construction or carpentry (it was a weekday, after all), and he walked into the room clad (as I recall) in a worn white tee and shirt, scuffed-up jeans, and sturdy work boots, shrugging off a layer of plaster or drywall dust in the doorway, and shaking off what seemed to be wood chips. He looked more like Joe Lunchpail coming to fix the furnace, rather than a guitar hotshot who had played arenas and made videos.
Here’s the piece that ran as my “Soundcheck” music profile in the June 19, 2001 issue of Stuff@Night magazine, a now-defunct bi-weekly night life magazine published by The Boston Phoenix (sadly, now defunct as well). I’ve left the local dates and references intact (to the late, should-have-been-great club Lilli’s, also defunct) to better set the scene and context for what suddenly seems, in the wake of last week’s events, a very long time ago.

As rock and roll lives go, Asa Brebner’s pretty much seen and lived it all – the highs, lows, and all of the in-betweens in between. From his early work in the ‘70’s with his own band, the Mezz (which helped put the legendary Rathskeller in Kenmore Square on the garage- punk map) to his tenure with Jonathan Richman and the Modern Lovers to his major label break as guitarist for Robin Lane and the Chartbusters in the ‘80’s, the Cambridge-based artist figures prominently in the knotty family tree of Boston rock. And at an age when most rockers turn off their amp, call it a day, and wait for the Rhino compilation of their work, Brebner has never unplugged from his muse and music.

Instead, he’s turned his attention to a solo career that, this week, will see both the release of his fourth CD, The Best No Money Can Buy (Windjam), and a stellar compilation of his earlier solo work, Time In My Way (also Windjam). Brebner celebrates the release of both discs with a special June 22 CD-release bash at Lilli’s that will include a special reunion performance of one of his old bands, Robin Lane and the Chartbusters, in addition to his own headlining set. 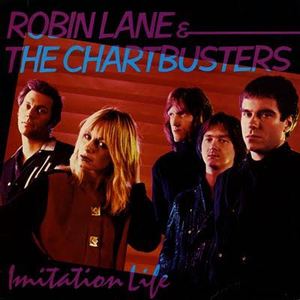 For a songwriter who’s always looking toward the future, Brebner suddenly finds himself looking back. Is it a strange feeling?

“The idea of (Time In My Way) was (Windjam label head) Loreen Hurley’s idea,” Brebner says over a beer at the Middle East bakery in a sheepish tone that sounds suspiciously like an apology. “She really wanted to put the retrospective out and she’s been really great to me. I don’t listen to my old stuff much. I’ve been playing the songs, some of them, for 20 years, so it’s kind of weird to me. My priority is the new stuff.”

Brebner’s disposition is certainly understandable, given the abundant, instantaneous charm of his new album, which at once feels as familiar and lived-in as a favorite denim jacket and as new and unpredictable as tomorrow. Although Brebner’s songs unabashedly draw from the pantheon of rock royalty (the “Tangled Up In Blue” guitar figure that threads through the poignant “The Roses I Never Bought You”; the chugging Stones riffs that make “You Stole My Woman” strut and buck with perfect nose-thumbing swagger), his lyrics almost always keep you guessing. Even Brebner’s peppier numbers are like silver clouds with dark, ominous linings.

The fact that Brebner’s a good storyteller shouldn’t be too surprising – both of his parents are fiction writers – but what makes his songs exceptional is how much emotional terrain they cover. “Too Many Assholes” is a scathing – and bitterly satisfying – indictment of its subject. “Out of the Frying Pan (Into Desire)” is a self-mocking ode to infidelity set to a Barnum & Bailey beat. Where the inspiration comes from, exactly, is anybody’s guess, says Brebner.

“If it’s a good song, it comes outta me in about ten minutes,” he says. “It doesn’t really take long, and I don’t really know how it happens. I just come up with a feeling or a phrase and the song kind of writes itself after that. But I’m kind of a late bloomer – I only started writing and trying to be a singer-songwriter after being a touring musician. I wish I’d started earlier.”

Though he’s fuzzy on the details, Brebner says the idea to pursue a solo career probably occurred to him after watching, and playing with, his friend and mentor Jonathan Richman. “I might’ve just said ‘well, if Jonathan can do it, I can do it.’ It probably came out of my sense of disillusionment at being a sideman. I kind of worship my father– he wrote a novel called Doubting Thomas in the fifties – and it definitely planted the seed for me to write stuff.” 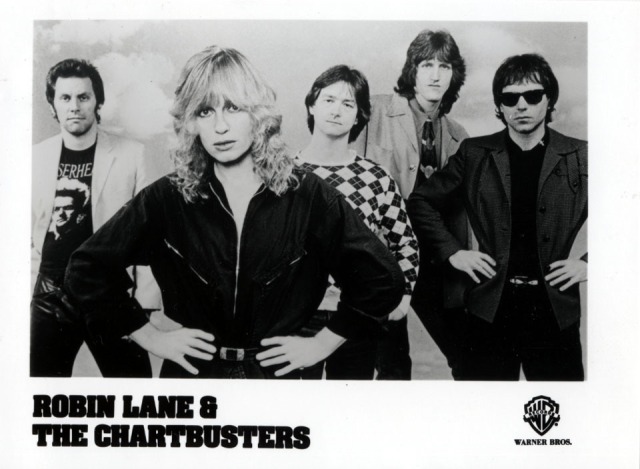 From Lovers to Lane: Asa (far left) gets glossy for Warner Bros. while David Lynch’s “Eraserhead” photobombs the publicity shot

Sometimes, Brebner’s found himself writing about life experiences – either his own, or those of friends. “The Roses I Never Bought You” is an example of that.

“It’s about the path not taken,” he says. “It’s being middle-aged, which I am — I’m 45 years old – and it’s about knowing friends who are the same age or who have died. You definitely have a lot more of these experiences to draw from than when you were 20. ‘Turn The Pages Back’ is about a friend who committed suicide.”

No wonder Brebner describes himself as a “sad person.” The loss of friends, plus a spirit-crushing stint playing in wedding bands to pay the rent, all took their toll on the songwriter who at one point felt that if he continued to do the latter – no matter how potentially lucrative – whatever joy for music he had would eventually be stamped out.

“I gave up playing for money at a certain point. I was playing in function bands and it was making me bitter about music. I mean, I know I’m not going to be a matinee idol like Ricky Martin, but hopefully I can still be a songwriter. To be liked by people who appreciate the music for what it is and not by the fact that they appreciate celebrity more than they appreciate real music – that’s success.”

“When you’re 19, the idea of being a rock star is cool,” he continues. “But it’s sort of a suspect ideal, really, because it means that all these people like you because you’re famous. (But) you can always be assassinated or thought to be an asshole the next day.

“I don’t believe in God, but I believe in music and sharing that with other people — that’s kind of my religion,” Brebner says, finally. “If I have a religion, that’s what it is.”

← PICTURES AT ELEVEN: Drawing Dad Close Amid The Lines Of A Life
Leaving Traces and Circles Around The Sun: Farewell Neal Casal (1968-2019) →