THE GLANDS’ BOX SET BLISS
Right now I’m stretched out in the blissed-out midst/mist of listening to “I Can See My House From Here,” a sumptuous five-LP vinyl box set compiling the two proper albums, plus a slew of demos and works-in-progress, by The Glands. Led by singer-songwriter Ross Shapiro, they were a mysteriously magnificent indie-rock outfit that rose from the fertile music soil of Athens, Georgia in the mid-90s, spangled the sky with two stunningly skewed full-length masterworks, and then all but vanished from view. Now as then (I can’t believe it’s been twenty years), I’m savoring a beautifully bittersweet feeling that hangs and lingers in the air between my stereo speakers. It’s a good emotional place to be when listening to The Glands, even if the circumstances at the root of this feeling are not. Because the hard truth that nags, grabs, and grounds these otherwise opaque, charmingly elusive pop songs is that their creator and catalyst, Shapiro, is no longer among us, having died of lung cancer two years ago, at age 53. Shapiro apparently had kept his illness mostly to himself until near the end, and apparently preferred not to make a fuss. Once news spread and the shock wore off (if it ever really does), that task in time fell to his friends, fellow musicians, and collaborators, who began sifting through the tapes of a restlessly and continually creative life, and whose own memories of the man are shared in a book of testimonials that accompanies this package put out by New West Records. Without question, Ross and his music were, and are, worth making a fuss over — maybe now more than ever, as his absence continues to be keenly, profoundly felt by those of us who were lucky enough to hear him while he was here. Likewise, this painstakingly assembled package — a homage, really — shines an illuminating and necessary beam of light on a uniquely gifted artist whose own was extinguished far too soon. 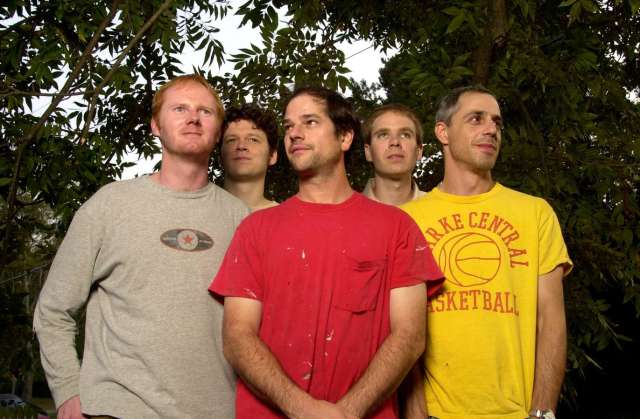 The Glands were the perfect, enigmatic epitome of ‘indie-rock’ (whatever and however you conjure the term), and a woolly little ball of fuzzy contradictions. They were over-achieving, under-heard slackers from the coolly independent musical hotbed of Athens, Georgia, yet somehow, always seemed to stand apart from it. They were beloved and aloof. They made and released a pair of albums — near-perfect slices of alternately hazy and focused indie-rock/pop near the dawn of the  2000s … and then vanished.

They wove a casual, if improbable, yarn around the first one to justify its title. It was called “Double Thriller,” the story went, because the band mixed its music on the same console Michael Jackson supposedly used (yeah, right). Two years later, in 2000, they decided to simply self-title their superb second album, bucking the conventional wisdom that going the eponymous route was usually reserved for an artist’s debut.

← STONED BRUSSELS ON THE BISCUIT: Revisiting The Legendary ’73 Radio Broadcast
PICTURES AT ELEVEN: Drawing Dad Close Amid The Lines Of A Life →