Having a laugh at the Fillmore East during a photo shoot for the live album that would catapult them into the front ranks of rock’s biggest and best acts. Photograph by Jim Marshall.

In remembering Allman Brothers Band co-founder Gregg Allman, who died at age 69 on Saturday after an extended period of ill health, I’ve pulled the final of several pieces and reviews I wrote over the years on a group whose shows were as much of a staple of summer as the Fourth of July.

What subtly struck me whenever I covered another marathon Allman Brothers summer concert was how much more engaged as a singer, and focused as a performer, Gregg actually became with the passage of years (admittedly, I was too young to have seen or written about The Allman Brothers during their early ’70s apex). 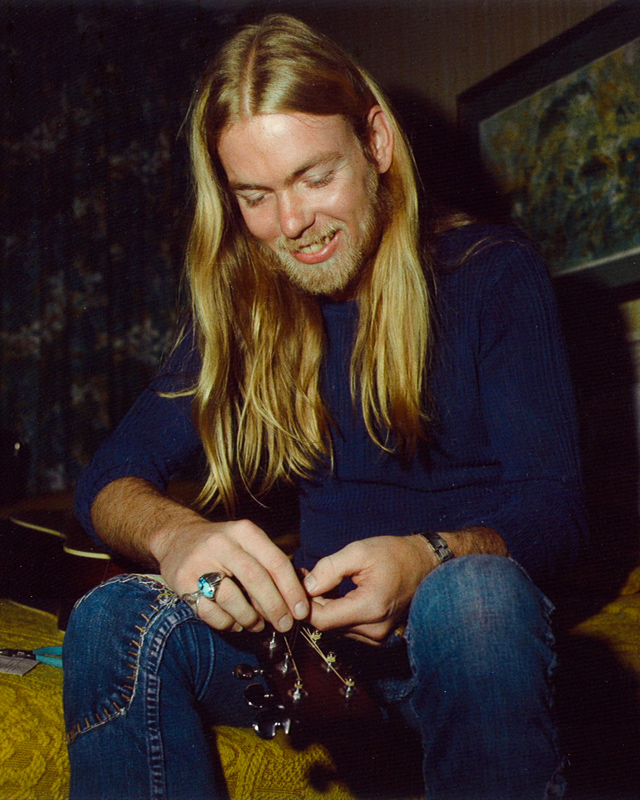 That phenomenon was the inverse of what can often happen with an older artist confronted with singing and playing the same catalog of songs across 20, 30, or even 40 or 50 years. Much of this resurgence, I believe, had to do with Allman’s physical and emotional rejuvenation when he got sober after several tumultuous decades of struggling with alcohol and drug abuse.

His voice, always a husky, dusky, marvelous instrument for the music, sounded warmer, stronger, and more honeyed; making itself heard again after too many years diluted by drugs and drowning in drink. The toll taken by those substances was also reflected in his hollowed-out demeanor of those pre-clean days, when he appeared mostly as a muted, almost ghostly specter engulfed by a white spotlight that had grown too glaring with its expectations.

But the subsequent years were restorative for him, thankfully. In these last decades, much of that musical vitality had seemingly returned like an old friend who had been away too long but has come back to reclaim a once-nourishing and nurturing relationship. In Gregg’s case, that meant embracing his band, its music, and those songs anew.

Allman’s death closely follows that of one of the group’s two drummers, Butch Trucks, who tragically committed suicide in January of this year, also at age 69. (Both Gregg’s older brother, Allmans’ founding guitarist and bandleader Duane Allman, and bassist Berry Oakley, died in motorcycle crashes within a year of [and three blocks from] each other in 1971 and 1972, respectively).

Along with his brothers (biological, spiritual, musical or otherwise) , Allman certainly left his mark on the vast and variegated landscape of American rock & roll and its deep-spring reservoirs of blues, soul, gospel, and country from which his group’s music also drew. That rich and flavorful stew of mostly Southern, black and white music became the blueprint for what would come to be called “Southern Rock” during the 1970s, although few bands of that ilk could touch the Allmans for depth of musicianship, versatility, or feeling.

Despite inadvertently helping to sire (along with the Grateful Dead) the instrumentally improvisational, but all too often shambling and self-indulgent “jam bands” that would flood the concert sheds during much of the 1990s and 2000s (devoted musical acolytes can be a mixed blessing), the Allman Brothers were at once so much more than — as well as never — just that.  Here’s my dispatch for The Boston Globe when the Allmans hit 40 in the summer of 2009, and the road did seem as if it really might go on forever. 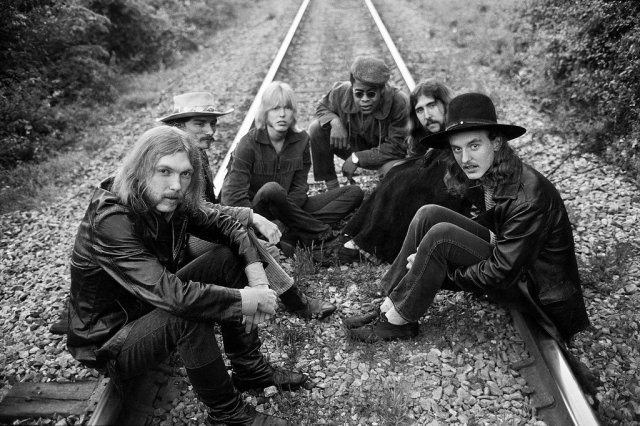 MANSFIELD, Massachusetts – If the Allman Brothers know about anything besides blues, guitars, and the fastest way out of town and trouble, it’s honoring tradition. And it just wouldn’t be summer without the Allmans’ annual pilgrimage to the great outdoor sheds across our land, playing music that in some cases is much older and more grizzled than the audience itself.

Although Saturday’s dampness and drizzle seemed to keep a good chunk of the crowd away – especially the die-hards who follow their blues-rock road warriors on motorcycles, which were in short supply in the parking lot – it was as hot as summer and heavy with history as ever on stage. 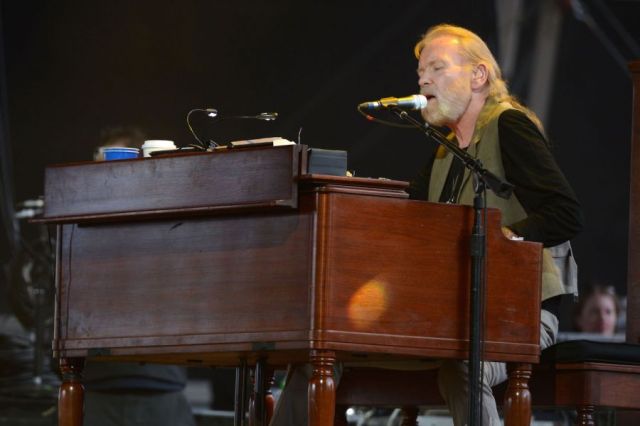 The Allmans are celebrating their 40th anniversary this year (a marker that encapsulates a few bumps, busts, and break-ups along the way), but that longevity doesn’t seem surprising given the source, or a catalog of songs that seem to have only grown sturdier with the years. And after all, as singer-keyboardist Gregg Allman sang with dreamy conviction on “Midnight Rider,” which came early in an expansive, musically transmogrifying two-hour set, “the road goes on forever.”

That may be true – and the veteran Georgia rockers certainly seem hellbent on testing the theory – but the journey did have a starting point way back when. As if to remind us, and perhaps themselves, of the tragically early chapter that very nearly tripped up their travel, the show opened with a message that appeared on the huge video screen behind the band: “Dedicated To A Brother.”As Allman waded with measured authority into the gospel-tinged opener, “It’s Not My Cross To Bear,” a photo montage of his late brother, guitarist Duane Allman, flashed images of those long ago days when only youth, triumph, and possibility seemed to stretch endlessly before him, and them.

Although youth may no longer be an option (with the exception, that is, of 30-year-old Allmans’ slide guitarist Derek Trucks, who is the nephew of founding Allmans’ member, drummer Butch Trucks), further triumph and possibility clearly remain within reach, as Saturday’s show demonstrated. A concise reading of “One Way Out” and “Mountain Jam “ (which contained melodic elements of Donovan’s ‘60s curio, “There Is A Mountain”) showcased the Allmans not as a meandering jam band but as tightly disciplined groove architects.

In fact, what has always set the group apart from the glut of lesser jam bands is that they rarely meander, but rather build and expand on improvisational ideas, and then subvert them in favor of blazing a new path, or revisiting an ancient one. Case in point highlights: a souped-up Willie Dixon-via-Led Zeppelin charge through “Dazed and Confused,” and Sonny Boy Williamson’s lascivious “Good Morning Little Schoolgirl,” both sung by guitarist Warren Haynes, who earlier had guested on opening act Widespread Panic’s galvanizing take on Howlin’ Wolf’s one-riff wonder, “Smokestack Lightnin.’” 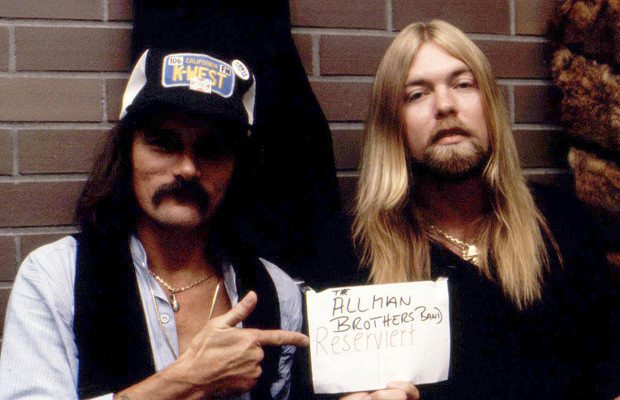 Speaking of history revisited, when the Allmans encored with their own torrid “Whipping Post” – an epic free-fall into gut-level heartbreak and soulful despair – the ravaged emotional core of the song felt new, of the moment, and utterly immediate. Has it really been 40 years since we first heard it?