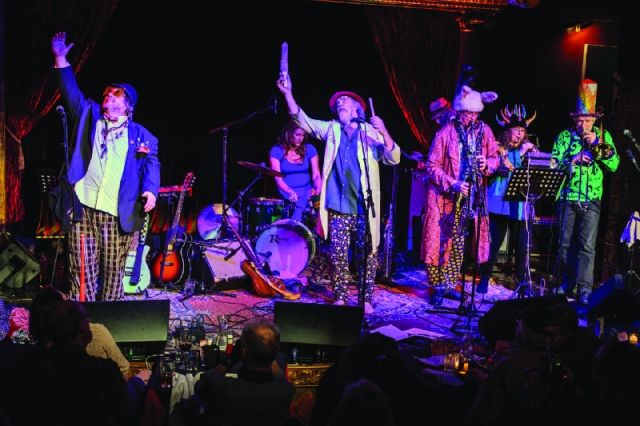 The latest Chandler Travis Philharmonic Record Release Party takes over the Midway in Jamaica Plain, Boston, on Sept. 25. Just how many of these folks will fit on  the stage? Be there to find out! (Photograph by Scott Friedlander). L-R: Fred Boak, Rikki Bates, Chandler Travis, Johnc lark, Berke McKelvey, Pam Fleming, and Bob Pilkington.

The Chandler Travis Philharmonic’s been wreaking happy havoc for twenty-odd years now. Its founder and namesake, Chandler Travis, has been going a lot longer than that. But as they say, age is just a number — although, when you’ve got as much restless, irrepressible  energy as this  creative lightning-rod catcher,  the numbers (of shows, of albums, of recordings, of side-projects, of bands) can be a bit hard to keep track of.

Now, with a brand-new EP, “Waving Kissyhead Vol. 1” hot off the presses (it’s a teaser, Travis says, for the forthcoming full-length extravaganza ingeniously entitled, “Waving Kissyhead Vol. II”) the CTP is again in full flush with a bevy of hot dates that would make Derek Jeter green with envy. There’s a record release party set for Sept. 25 at the Midway in Jamaica Plain (details below). But before that, coming up tomorrow, Travis brings one of his other musical personas and posses called the Catbirds to the Jamaica  Plain Music Festival (again, details below).

To bring you up to speed on one of New England’s longest-running, most enigmatic, prolific “song singers” (his description) and songwriters, here’s a profile feature I wrote on him for The Boston Globe back in 2007. Don’t worry. Neither Chandler nor his bands have mellowed or slowed down with the years. And age, remember, is only a number. See and listen for yourself. 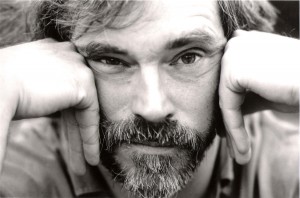 There is no one quite as cracked as Chandler Travis, or his cheekily monikered Philharmonic Orchestra. As the longtime leader of Boston’s skewed power pop outfit the Incredible Casuals (which has held down a summer club residency at the Wellfleet Beachcomber on Cape Cod for more than a quarter century), Travis has toured Japan, opened for Bruce Springsteen, Bonnie Raitt, and his pal George Carlin, and even gotten a free haircut on “The Tonight Show” back when Johnny Carson was king. His tenure with the namesake orchestra he founded back in 1996 has had no less an adventurous, or eclectic, run.

Dubbed an alternative dixieland band but so much more – wild detours into rock, pop, spoken word, and experimental sound collages are all winding, twisted roads along the CTP’s path – the Philharmonic were once described by the Village Voice as “a blend of Ringling Bros. and Ra,” a subversively versatile unit that “puts the harm back in Philharmonic.” All of which suits Travis just fine. To him, music – pop and otherwise – has always been a crazy carnival of ideas, sounds, and sensibilities.

… And yet more chaos. Photograph by Barry Donohue

“I used to like going to see Sun Ra every year or two because it seemed to me that it had the effect of cleaning out my head,” Travis says over the phone from his Eastham home, recovering quickly from a minor accident (the glass neck of a wine bottle he was opening for his wife broke off in his hand). “I just needed to hear a blast of a bunch of really crazy ideas so that straight-ahead stuff could sound good to me again. If you’re a musician and you like both Thelonius Monk and the Ramones, you want to get little bits of both of them in (the music).

“It has always been difficult trying to figure out how to do this in a manner that won’t be off-putting or confusing for people,” Travis adds. “But I gave up the idea of thinking I would make any big time dough in the music business a long time ago, and started just loving the fact that I have an obsession. I worry about people in life who don’t. I don’t know how you’d get through.” 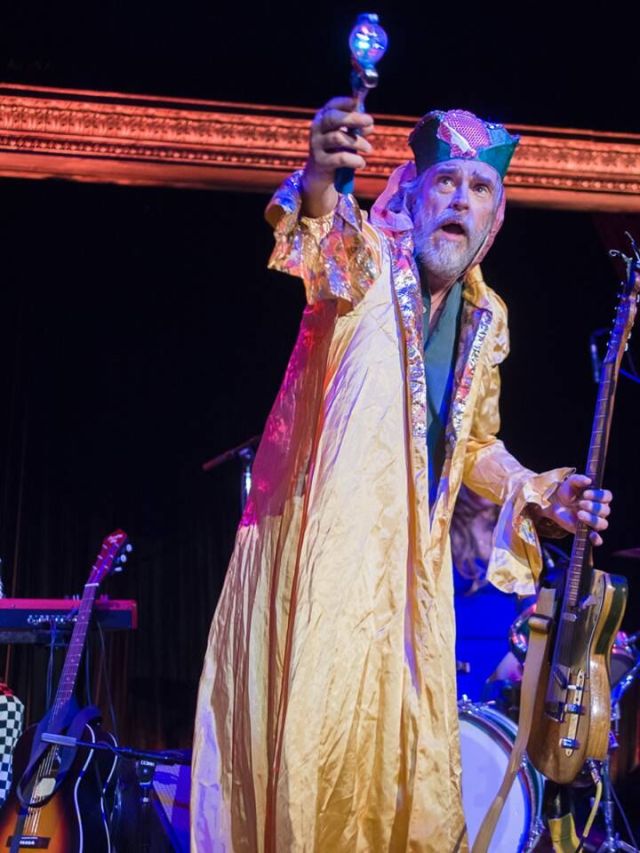 Chandler Travis, King Of The World. (Photograph by Joe Silver)

Obsession, indeed. Some years back, Travis announced his intention to record and release 26 new full-length albums, to be called “RadioBalls,” at a rate of one CD every two weeks. He fell a bit short of his goal, releasing a mere 23 through his website record label, Sonic Trout (www.sonictrout.com). http://www.sonictrout.com).

The CTP’s latest endeavor is a strange little sonic ball of weirdness called “Tarnation & Alastair Sim.” The second part of the disc’s title, which includes 39 bonus tracks that lead off the disc and, according to the liner notes, nine “plain old regular cuts,” refers to the name of the actor who played Travis’s “favorite Scrooge in ‘A Christmas Carol.” The only example of symmetry consistent with the album’s title is the disc’s raucous, eggnog-fueled opener, “It’s Almost Christmas Again,” recorded live at the Lizard Lounge in Cambridge, Massachusetts. 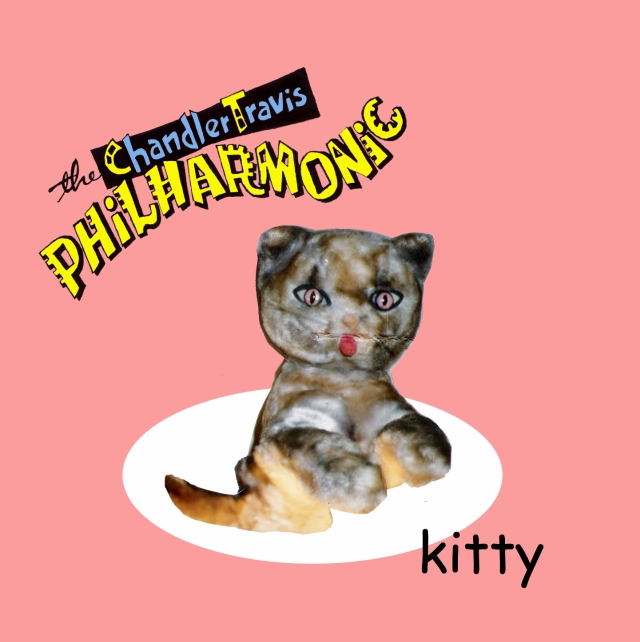 “It’s the album that does everything wrong,” Travis says. “I’ve been accused of being self-destructive more than once, and I kind of wanted to see if I could throw everything at this record, so that people would say, ‘Oh, you’re just trying to kill yourself.’ “As a listening experience, the disc suggests a gene-spliced hybrid of Captain Beefheart’s “Trout Mask Replica” and the Who’s “Sell Out,” as produced by Frank Zappa. 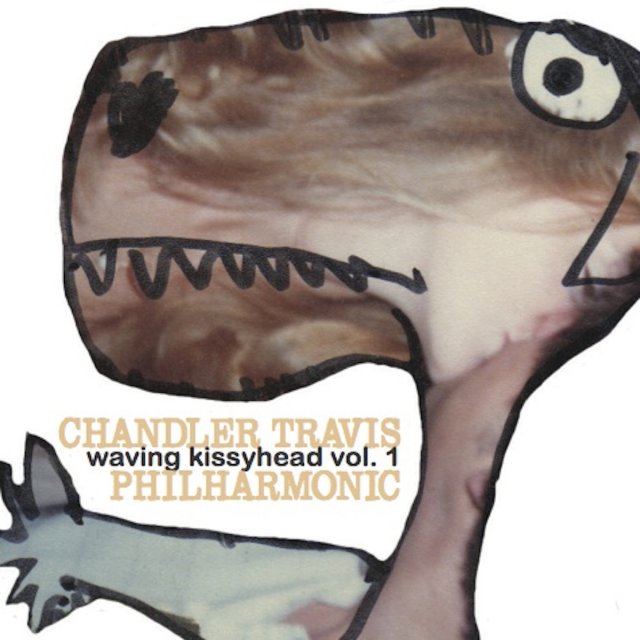 “I just worship that album – it’s probably in my top five all-time,” Travis says of the Who’s pre-“Tommy” 1967 opus, mentioning how high a compliment he takes my comparison. “In assembling (“Tarnation”), it certainly came to mind.” Some numbers, like “Strong Strong String,” he says, were borne out of what he calls an “instant song session. You get a bunch of musicians and figure out a title, usually by having each musician say a word, and then that’s your title and you count off and just do it. You don’t say what key it’s going to be in, you don’t say anything.”

One exception to this concept was the blissfully lysergic “I’m Chandler’s Butterfly.” “We went nuts on that one,” says Travis. “We ended up with, like, 150 (musical) tracks, and it got to a point where we had so much stuff on there that you couldn’t play more than four or five seconds of it on the computer because it would start fritz-ing up. It was the most ridiculous mixing experience I’ve ever been involved with.” 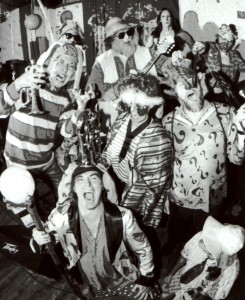 CTP enjoy their down time. Photograph by Ken Winokur

That’s saying something, given Travis’s decades-long history recording with the Incredible Casuals, several of whom, like cross-dressing Casuals drummer Rikki Bates, aid and abet him in the CTP. In fact, the Casuals are releasing a new best-of compilation titled, “World Championship Songs 1980-2007” (due any day now he promises), and Travis has even brainstormed another solo side project called Modern Maturity that taps his inner acoustic singer-songwriter.

“Being in a band with eight or ten people really taught me to love empty space and pauses – the power of a nice silence,” he says. “But I could never give up the Philharmonic – it’s too much fun. Being able to have that many people of that caliber playing your music is just heaven.”

Ultimately, though, Travis is at a loss to explain what that music can be, or mean, on any given night. “I don’t know how to make it make sense for people,” he muses, “except to say that between the blast of a car horn and total silence there’s so much music out there.” Showing up to a CTP show, Travis says finally, is one way to find out just how much.

Check out this go-to, one-stop-shopping and star-crossed gazing at all things Chandler Travis here: http://www.chandlertravis.com

Finally, here’s the short-term live performance itinerary, with dates ripped straight from the headlines (that would be Travis’s frequent e-mail missives launched to press and his adoring public): 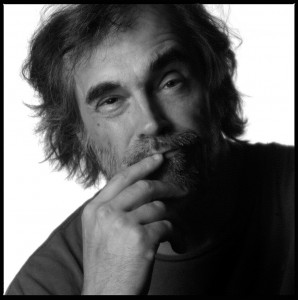 Don’t let this pensive pose fool ya. This shot’s for the radio station suits. But we know better. Photograph by Rowland Scherman