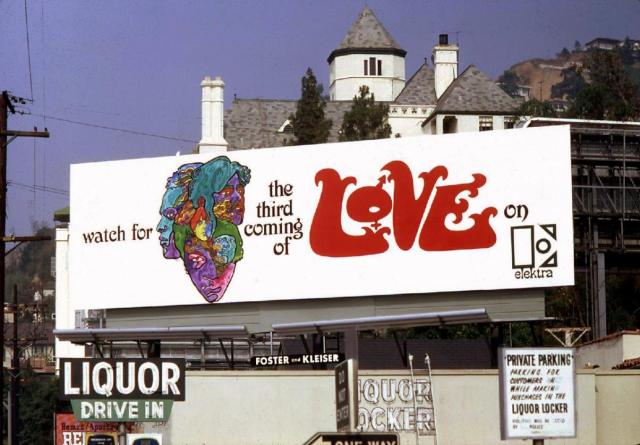 “Sitting on a hillside, watching all the people die / I’ll feel much better on the other side” — Arthur Lee, “The Red Telephone.”

Today, we’re celebrating and remembering the music of Love founder, frontman, and singer-songwriter Arthur Lee, who died on this date ten years ago, in 2006, at the too-young age of 61 after battling acute myeloid leukemia. One of rock’s most compelling cult figures, Lee’s expansive musical vision cut across stylistic boundaries  and pop convention, culminating in the band ‘s 1967 totemic masterpiece, “Forever Changes.”

Although commercially unsuccessful at the time of its original release, peaking at Number 154 in Billboard’s Top 200 LP chart (the worst showing of the original Love lineup’s three-album catalog), “Forever Changes” has since been reissued multiple times and hailed as a singular masterwork that sounds unlike anything, or anybody, else. Over the years, it’s been recognized as one of the best and/or influential rock albums of its, or any other, time in numerous music polls and by numerous publications.

As with many devotees who heard “Forever Changes” many years after its release, I’m perpetually struck by the sheer, surprising sound of it: the intimacy of Arthur’s voice and vision, set amid the grand sweep of instrumentation; the nimble, inventive arrangements that simultaneously carry and follow the impulses of  what sound like (but probably aren’t) a lyrically strange stream-of-consciousness. That poetry of paradoxes — the peculiar quality of spirit and unique perspective — is, in large part,  what resonates with me. And the work as a whole seems only to have deepened with the decades — perhaps because so many of  the album’s themes and contemplations have to do with the cycle of seasons and the passage of time. And of course, the hard fact of Arthur’s own passing, during a triumphant renaissance both creative and personal for him, now casts a darkening, lingering cloud across those orange skies of summer. 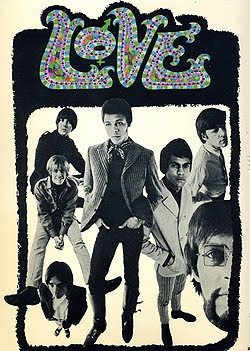 Without further ado, here’s my review of the archival label Rhino Records’ still-definitive reissue of this benchmark album, published in the Boston Phoenix back in 2001. At the time of its release, Arthur Lee was alive but incarcerated, doing a draconian 12-year sentence in prison for the “negligent discharge of a firearm,” although that sentence was later overturned (and Lee freed after serving more than five years) when the prosecutor in Lee’s case was reportedly found guilty of misconduct.

Upon his release, Lee took full measure of his freedom and embarked on a series of concerts, including a 35th anniversary celebration of “Forever Changes,” with a reconstituted Love (two of the band’s other original members had died while Lee was in prison). This time, the songs received the recognition and applause and yes, love, they and Arthur so richly deserved. With a kinder fate, those halcyon days should have continued on into many more tomorrows, or at least lasted a little while longer. But sadly they did not. Time, as it always does, ran out. And alas, true to the words Arthur had uttered so long ago, forever changed.

There were five perfect albums released during, or immediately after, the quaintly coined “Summer of Love” of 1967: the Beatles’ Sgt. Pepper’s Lonely Hearts Club Band; the Jimi Hendrix Experience’s Are You Experienced; the Velvet Underground’s The Velvet Underground & Nico; the Doors’ self-titled debut, The Doors; and Love’s Forever Changes.

The “Summer of Love” it may have been, but each of those records contained a far more complicated series of emotions and refracted a darker reality shot through with chaos and doubt, turmoil and altered perceptions. Unlike some of its contemporaries, the music on Forever Changes – not to mention the mystique that continues to surround the work, which has just been reissued by Rhino in a deluxe edition that includes seven bonus tracks – seems only to have deepened with time.

It’s worth noting that while aforementioned folks like Hendrix, the Doors, and the Velvets were all launching their debuts that year, the art-damaged Love, an acid-pop group from the Sunset Strip led by eccentric songwriter/autocrat Arthur Lee was, at the time, teetering on the verge of collapse. This intra-band tension and dissension led Love to somehow make the grandest, most ambitious album of its short-lived career. (Although Lee would soldier on with various Love incarnations, the core lineup featuring Lee; guitarist-vocalist Bryan MacLean; guitarist Johnny Echols; bassist Ken Forssi; and drummer Michael Stuart would split up less than six months later).

Love was the band that was supposed to be as big as the Doors subsequently became. In fact, so convinced was Lee of the Doors’ potential for stardom, he reportedly persuaded his band’s label head, Elektra president Jac Holzman, to check out the group’s L.A. contemporaries. Within a year, of course, the Doors’ “Light My Fire” was everywhere – and Love was struggling to stay together.

Love’s relegation to cult status, however, was due in no small part to Lee’s refusal to tour – his “penchant for isolation and not doing what was necessary to bring his music to the audience”, as Holzman recalls in essayist Ben Edmonds’ accompanying notes to the new edition of Forever Changes. “His isolation cost him a career. Which was a shame, because he was one of the few geniuses I have met – in all of rock ‘n’ rolldom.”

Although Lee – who is currently in prison serving an eight-year prison sentence on weapons-related charges – has groused over the years that the record didn’t turn out the way he wanted it to, the material on Forever Changes bears out Holzman’s assessment of Lee’s special gifts as a songwriter and musician with an ability to endlessly confound, compel, and delight.

Meanwhile, Lee’s fever-dream imagination manifests itself in peculiar and frequently deranged lyrics that veer from tender to ominous in the span of a couplet. He opens “Live and Let Live”, for example, with this disquieting bit of stream-of-consciousness: “Oh, the snot has caked against my pants / It has turned into crystal / There’s a bluebird sitting on a branch / I guess I’ll take my pistol / I’ve got it in my hand / Because he’s on my land.” 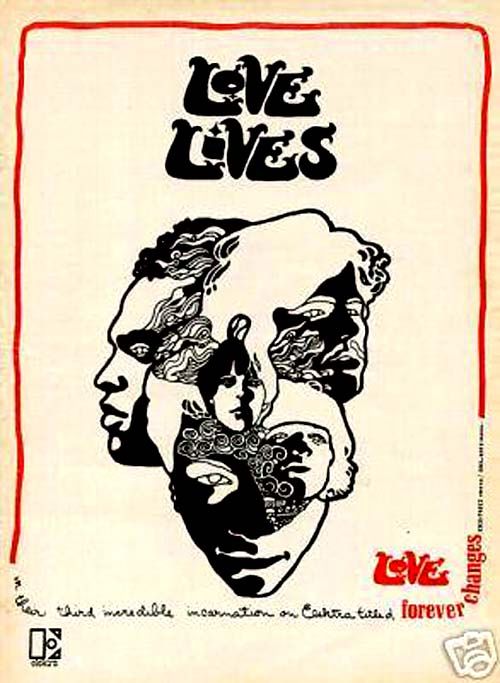 More than anything, though, Lee sounds haunted and a little lost, plagued by a lurking paranoia and the unsettling conviction that he would die very soon. As the comforting strum of acoustic guitar opens “The Red Telephone”, Lee coos: “Sitting on a hillside, watching all the people die / I’ll feel much better on the other side … Life goes on here, day after day / I don’t know if I’m living, or if I’m supposed to be / Sometimes, my life is so eerie / And if you think I’m happy, paint me yellow.” The police state warning/coda at the end of the tune makes Lee sound positively prescient, given his current predicament: “They’re locking them up today, and throwing away the key / I wonder who it will be tomorrow – you or me?”

One of the disc’s seven bonus tracks – a tracking session highlight for “Your Mind and We Belong Together” – offers a snippet of fly-on-the-wall studio banter that finds Lee, a legendary control freak, chastising Echols for an allegedly sub-par guitar solo. While the songs themselves don’t offer any major revelations, or alter our perspective of the album as a whole, they are, after all, seven Love bonus tracks, which is inherently a good thing. Besides, the original material still possesses the ability to inspire, confuse, and embrace all on its own – a quality that’s always been at the heart of the album’s enduring, enigmatic charm.

You can listen to the entire “Forever Changes” album on my just-launched new “RPM: Life In Analog” You Tube channel, where I’ll be adding a slew of favorite (mostly) music-related video and audio content regularly:

← IT WAS 40 YEARS AGO TODAY: The Stones and the Spirit of ’76
CRACKED CHANDLER’S CRAZY CARNIVAL: From Incredible Casuals to Casually Incredible (Try Saying That Three Times Fast!) →