KEYS TO THE HIGHWAY: Remembering Nicky Hopkins, Session Man To The Stars 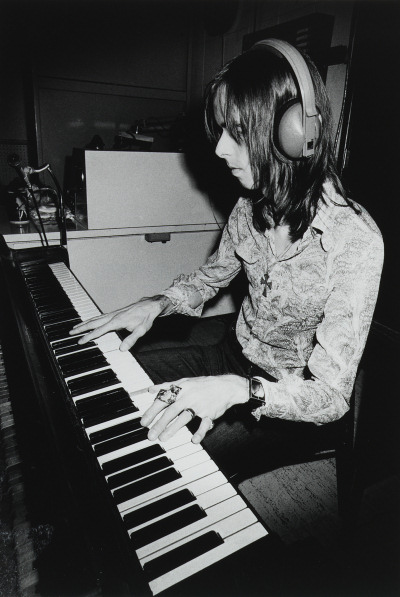 No wonder Nicky Hopkins felt right at home next to Jeff Beck’s wailing electric guitar. On the day of his birth, Feb. 24, 1944, an air raid hit his hometown of Perivale, England. It was 72 ago today that the late, great British pianist/keyboardist, a longtime session ace and sideman to the stars, as well as core member of the Jeff Beck Group, was born.

Although Hopkins was for a short time  also a member of the California psychedelic outfit Quicksilver Messenger Service, the keyboardist’s perpetually frail health and struggle with Crohn’s disease led him to an impressive four-decade career of mostly studio work — which in turn led to collaborations with a Who’s Who of the most iconic rock and pop bands of the ages. He’s long been regarded as having been one of the busiest British session musicians in history — a one-man Wrecking Crew on piano — and his name appears on well over 100 albums ranging from artists as disparate as Ella Fitzgerald and Andy Williams to Steve Miller and Matthew Sweet. 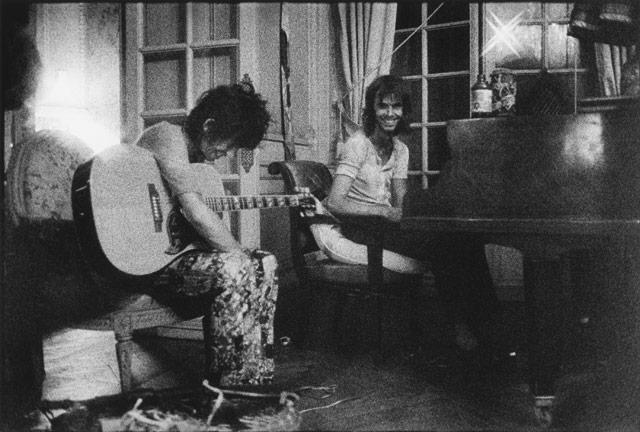 He also recorded three solo albums, none of which enjoyed the success or sounded as distinctive, ironically, as his ideas in the service of others. But his fortuitous timing matched his first-rate reputation. As a Zelig-esque ubiquitous studio presence, Hopkins was in the room for some of the most famous pieces of pop music history. He played piano on the Beatles’ “Revolution,” at a time when outside musicians appearing on a Beatles record were a rare occurrence (a notable exception being fellow keyboardist Billy Preston). And after they broke up, he went on to work with each ex-Beatle separately.

He also appears on  seminal albums by The Kinks, Easybeats, Pretty Things, The Move, Joe Cocker, The Who, Led Zeppelin (he reportedly turned down an offer to join), and most visibly, the Rolling Stones, for whom he played piano on “Ruby Tuesday,” “Sympathy For The Devil,” and “Angie,” among many other tracks. 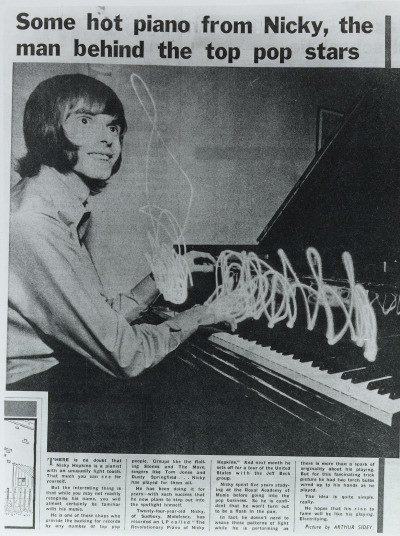 In fact, his work features prominently on what is almost universally considered their greatest run of records, starting with 1968’s “Beggars Banquet” and continuing through 1972’s “Exile On Main St.” As an unofficial sixth (or seventh) Stone, he also toured with them three times through the early 1970s. In fact, one of my favorite unofficial (read: bootleg) recordings from this era, recorded on his birthday on the band’s 1973 Australian tour — “Happy Birthday Nicky” — was even named in his honor.

The soundboard (or so they say) recording of the Stones’ Feb. 24 show in Perth, has always been a favorite of mine: raw, dirty, full throttle fast, and  fierce. With film and audio of the band’s seminal ’72 Exile tour and ( finally) the landmark ’73 Brussels show having finally come to light after 40 years of bootlegs, begging, and badgering, I can only hope that the boys give the ’73 Perth outing its proper due someday soon. 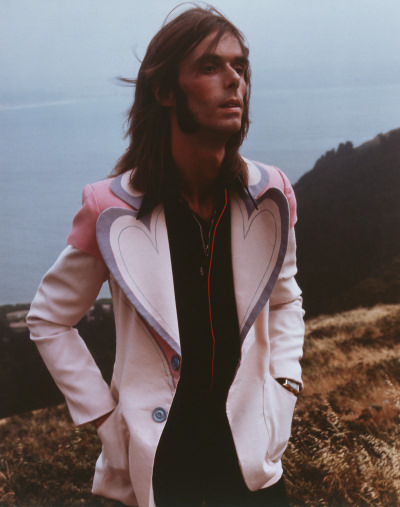 It is, without a doubt, one of the major live recordings in the Stones pantheon. In honor of the birthday boy being on hand for this iconic show 43 years ago today, as well as a tour whose memory has been kept alive by the faithful — some of whom weren’t even born when the Stones hit Australia — here’s a link to that recording, as well as the Stones’ press conference (complete with a justifiably indignant Keith), plus audio from that day in its best-ever quality (nothing much to look at, but plenty to hear). 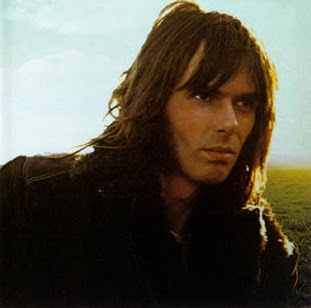 There is also a bushel of other audio-visual treats here that represent merely a fraction of his contributions across the decades, including a rare Jeff Beck Group clip that, despite its beyond-rough visual  quality, gives  you a sense of just how powerful and special that short-lived combo was.

Sadly but perhaps not surprisingly, Nicky  also struggled with substance abuse and addiction amid all that brilliant music. On September 6, 1994, Nicky Hopkins died after succumbing to complications from Crohn’s-related intestinal surgery. He was only 50 years old.

Happy Birthday, Dear Nicky, wherever you are. You live on in the grooves.

← A SHALLOW SALUTE: Why The Beatles Were So Much Better Than This (And Dave Grohl)
RPM: Life In Analog Now Spinning On Google+! →