Back in the 1950’s, skeptics, cynics, and general party poopers predicted that this new-fangled “jungle” music called rock & roll was a fad that might last a few months, maybe a year. And then it would be done and everybody would go back to swiveling their hula-hoops, playing games of Parcheesi, and wearing their “I Like Ike”  buttons. Well, here we are some 60 years after people named Chuck Berry, Little Richard, Bill Haley & His Comets, and some guy named Elvis Presley first shot through our national consciousness, still searching for, and listening to, new sounds — and revisiting some old ones.

THE DIVINE MS. S: The Sheila Divine keeping optometrists in business since the late ’90s.

Closer to home, “Pipeline!”, Boston’s long-running live local music show broadcasting as part of  MIT-based radio station WMBR (88.1 on your FM dial) is celebrating its 25th anniversary of programming this year with a program just as, if not more, impressive: 50 years of Boston Rock spread over five venues and just as many weekends, starting Sept. 12 and running through Oct. 12. Incredibly, this mega-showcase, the brainchild of longtime former “Pipeline!”  music host and programmer Bob Dubrow, features nearly 80 of Boston’s scene-defining rock and roll bands (and related genres) reuniting for the special occasion.  The acts range from ’60s garage-pop royalty The Remains (who once opened for the Beatles) to ’70s and ’80s local luminaries such as Willie Alexander & The Boom Boom Band, and Robin Lane & The Chartbusters.  Also participating in the festivities are a fistful of the city’s punk and garage-pop stalwarts of their respective eras: The Dogmatics, Turbines, Nervous Eaters, Cavedogs, and more. Meanwhile, the ’90s contingent and beyond is also being well represented over the next month with the likes of the Gigolo Aunts, Gravel Pit, Fuzzy, Red Telephone, Sheila Divine, and the Downbeat 5. 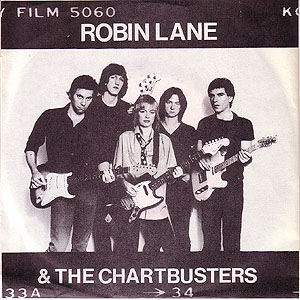 The Cavedogs’ quest for fire

For many of us, this is an eclectic lineup card that brings back memories as potent as the music. Upon arriving in Boston in the summer of 1997, I quickly immersed myself in a thriving local scene that always seemed to be spawning exciting new artists and performers of every stripe. You could literally go out to see bands every single night of the week, criss-cross a couple of clubs for good measure and still miss more than you caught.

It was, and continues to be, simply impossible to catch everything new or worthwhile, no matter how hard you tried. And believe me, I tried. At one point, I was juggling writing no less than three weekly or bi-weekly local music columns simultaneously (for The Boston Globe, Boston Phoenix, and Stuff@Night magazine) and I still had a to-do laundry list and backlog of great and promising bands I meant to see, hear, and write about.

I would estimate that over the span of  a dozen or so years, I was averaging somewhere between 150-200 music features and reviews per 365-day cycle — the lion’s share of them about the scores of local musicians, bands, and dedicated movers and shakers (Bob Dubrow among them) who kept the music scene brewing and buzzing on a nightly basis.

Like them, I rarely got tired, or uninspired, when it came to raving about new sounds or songs that had struck me like a jolt of fresh electricity at a club the night before, or perhaps one day when the afternoon mail would arrive. I would crack open a package containing a new cassette tape or homemade CD — remember those? — that an unknown (but hopefully, not for long) new band had sent me. I’d pop it in my portable CD player or cassette deck and wait, sometimes expectantly, sometimes while distracted working on another story, another deadline, or doing the dishes. And then, like a beautiful predator, a killer opening riff would slice into my consciousness, or a hook would puncture my brain and plant itself and make me feel 17 again. Those two things happened a lot over the years,  and made me feel supremely lucky — like I had either been granted a perpetual teenage rush of discovery, or had tapped into a secret super-power that not many thirty (or certainly forty)-something’s I knew still had the ability to access or tap into. Even now,  experiencing that feeling has always been a heady reminder of why I loved this music in the first place.

The Remains’ self-titled debut LP, first issued in 1966 and given a deluxe two-disc treatment 30 years later.

I’m heartened to say that I did manage to wind up writing about many of those bands I was struck by, and the newer ones, especially, who caught my attention when I got here: the Sheila Divine,  Purple Ivy Shadows (who were technically from Rhode Island, if I recall correctly), Buttercup, and the Dents, all of whom are playing these “Pipeline!” anniversary shows.

THE DENTS: Never too banged up to drive a night of rock & roll.

There were, and are,  many dozens more who could fill anniversary bills for the next decade or two. In the meantime, I have no doubt whatsoever that despite what people say (and have been carping about for years) about rock & roll being dead or irrelevant or some other such inane nonsense, that great new singers, songwriters, musicians, and bands will continue to be born in and around Boston, just as they always have.

JUST A GIGOLO: Gigilo Aunts for hire in an early promo pic

Some made me smile when, having followed their progress or championed them to anyone who would listen, I watched them play the best show of their lives at the venue of their dreams for 700, or even 7,000, people. But  many more made me break out in a grin simply because they played the best, most spirited rock and roll show of their lives on a dreary weeknight at a crappy club, before a  grand audience of seventeen, or seven. And they were bringing it, waiting for the world — or at least a few hundred people — to catch on. Funny, in some respects, those are the nights that you (or I, at least) remember best as something special, because you’re witnessing and experiencing a kind of purity of purpose and moment, when great music is being made on its own terms and for its own sake.

Now, as then and always, there is no shortage of fresh electricity to be tapped, and new history to be made and heard. And you know something? Looking at all those enviable, music-crammed nights and cherry-picked lineups of talent on stage, it will still be impossible to catch ’em all, no matter how hard we try.  Some things never change.

← FIVE LEAVES AND A LEGEND LEFT: Nick Drake’s Sacred, Secret History On Imagined Airwaves
RETURN OF THE REAL KIDS PART I: Solid Gold (Thru and Thru) →