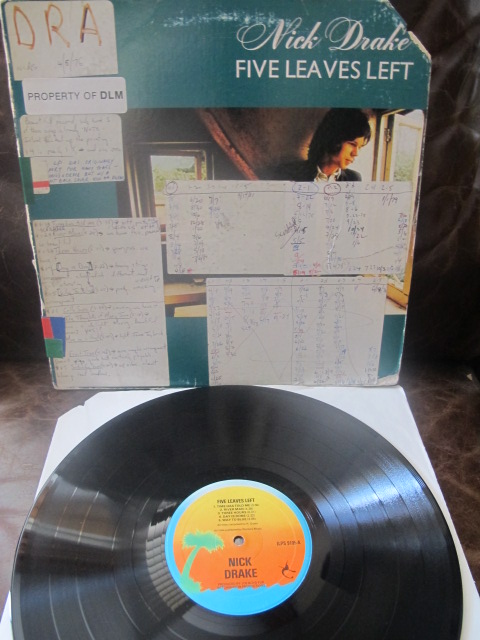 Nicked-up Nick: How many ears did this copy of “Five Leaves Left” reach?

Forty-five years ago, in September 1969, Nick Drake’s debut album, “Five Leaves Left,” was released.  Nick only made three records in his all-too-short 26 years. It was a third of a lifetime, really; a brief flicker of a brilliant, glowing candle snuffed out far too soon, before the daylight had a chance to break. Each of Nick’s albums is decidedly different from one another in musical mood, style, approach, content, and sensibility. And each one, from the gorgeous “Five Leaves Left,” to the full-blooded follow-up, “Bryter Layter,” to his anguished, stripped-to-the-bone swan song, “Pink Moon,” is a luminous classic. But probably it is Drake’s debut that, for me, has always felt like a burnished, close-to-the heart-and hearth favorite, steeped in a kind of autumnal poetry and melancholy.  It was, and remains, a wondrous heralding of a singular talent whose full future we would never know.

I have “Five Leaves Left” in many formats, of course. But my worst, and newest, old LP version (bear with me for a moment) just may be the most special. Last week, I “liberated” (no I didn’t steal it) an old, worn radio station cut-out copy of the ’76 Island release, its tattered cover pasted over and peppered with many recording notes, comments and observations, from the gushing (“beautiful record”) to the off-the-mark (“sounds like James Taylor”). There are notated markings and dates written in different hands of black, blue, and red pen every time each song had been played over the airwaves during the years and decades. 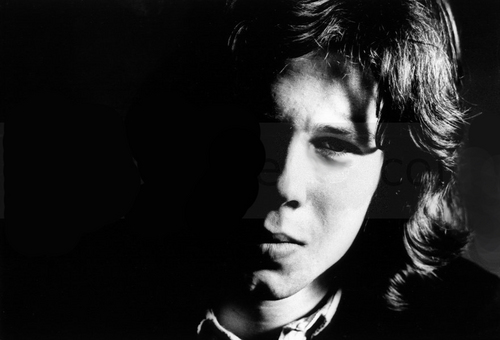 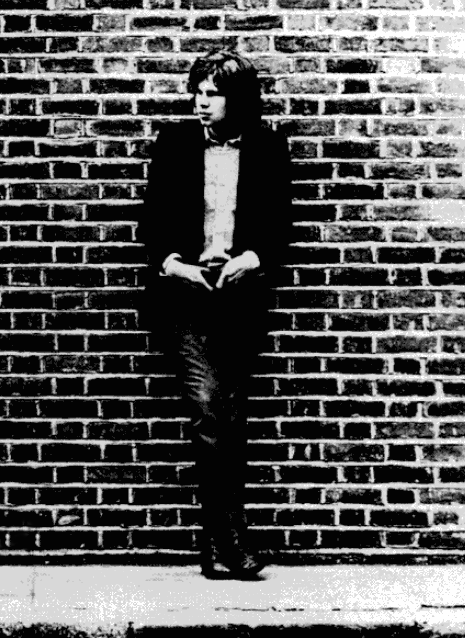 The vinyl looked more promising, but as one unknown DJ warned his cohorts as far back as 1981, the opening track, “Time Has Told Me,” skips badly — because it was apparently played so much as a station/DJ favorite. Although I braced myself when I took it home and put it on — yes, it was bad and, in good conscience and concern for the well-being of both my stereo and the LP, I eventually had to get my tonearm out of harm’s way — it was one of the few times I actually didn’t really mind hearing those skips. To me, they sounded like the scars of a sacred, secret history, of untold flights flown over airwaves. 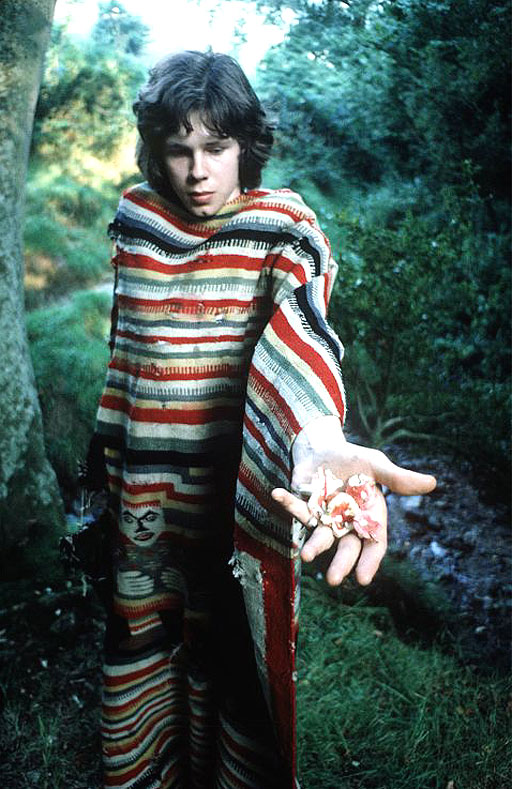 As I watched the record make another trip around the turntable for old times’ sake, it felt comforting to contemplate those grooves breathing, spinning and unspooling; reaching out through radios tucked in unseen dorm rooms, teenage bedrooms, people’s cars and homes late at night. And to imagine that these tenderly majestic, inexorably great songs written by Nick Drake found people who, taken unawares in those rooms and cars, maybe heard them for the first time, and were struck by their sudden, startling beauty. And were perhaps, in some intangible yet indelible way, captured and transformed by them. Even though Nick, far more fragile than his music, was already gone.
Listen to “Five Leaves Left” here: https://www.youtube.com/watch?v=llNpigCSAZE
Watch the wonderful mini-documentary, “A Skin Too Few,” here: https://www.youtube.com/watch?v=nrmR_F5XgwQ