March 28, 2020 · by Jonathan Perry · in '90's Rock/Music, Boston Rock City, deaths, In Memoriam, Indie Pop, Indie Rock, Interviews, Local Flavor: Home Brewed and Baked Goods, Massachusetts, Memories, Outsider Music, Psychedelia, Tributes, Uncategorized · Leave a comment
I’m saddened to learn of the death of Jinsen Liu, one of Boston’s most adventurous musicians, listeners, and advocates for a burgeoning, always shape-shifting psychedelic-space-rock scene in and around the city during the first decade of the new millenium.
In addition to releasing a clutch of albums with his own lushly textured dream-pop band, 28 Degrees Taurus, Liu was a tireless promoter of the work of other convention-and-boundary-breaking bands near and far, and picked up the loose-knit psych-festival “Deep Heaven” baton handed him by a cadre of enterprising psychedelic masterminds led by Abunai!’s Kris Thompson, Dan Parmenter and Joe Turner, Lockgroove’s Dan Finn, and Juliette Brush-Hoover. With a slight update to the brand name, and an eye toward bringing the music to public bars and clubs rather than mostly private loft spaces, Jinsen seized his mission to honor the past by infusing fresh life and vitality into this noble concept of musical communion.
In short order, Liu began assembling and booking dozens of perception-tweaking, alternate cosmos-seeking bands for marathon music festivals at clubs in and around the city. Things didn’t always go smoothly. But Jinsen kept refining his method to the madness (or, perhaps, the method to HIS madness).
In addition to being a singer, songwriter, multi-instrumentalist, and bandleader for his own outfit, Jinsen was a near-ubiquitous presence at music venues during most other weekends — and weekdays too — over the years, always checking out a new, undiscovered band to champion.
As I was winding down my weekly “Scene & Heard” column for The Boston Globe in 2011, I sat down with Jinsen for a long, leisurely conversation about the fourth installment of “Deep Heaven Now” commencing that July weekend. The day I talked with him, Jinsen gave me the hard news that the great British neo-soul singer Amy Winehouse had just died. I was stunned. Jinsen, with a casually accepting air that suggested he was seemingly accustomed to setbacks and even tragic ones, told me he wasn’t surprised.
Now, I’m stunned again. Jinsen was only 42 years old. As a small tribute to his memory, here’s my piece on “the dark lord of the psych-shoegazer scene,” (as he jokingly called himself during the course of our interview), written after what would be our final face-to-face meeting. I hope wherever he is, Jinsen has found his own deep heaven of  the perpetual music he gave us. 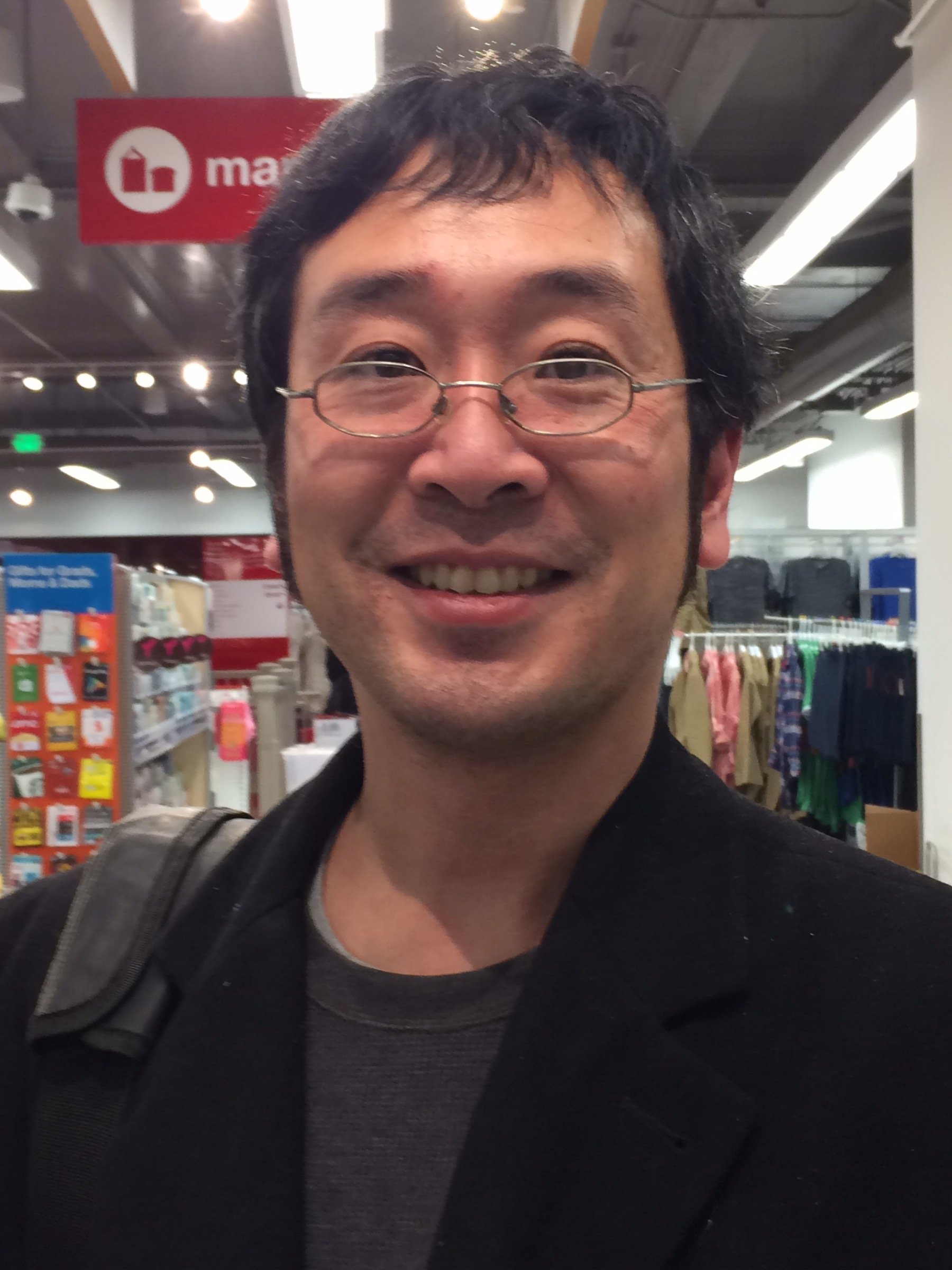 As Jinsen Liu knows from experience, when you’re dealing with hazy clouds of feedback, fog machines, and even a would-be rock star ego or two, occasionally things can go awry.
We’re not talking about the antics or predilections of 28 Degrees Taurus, Liu’s own shoegazing psychedelic band from Boston – although he’d likely be the first to acknowledge that one or two of those factors have been known to contribute to the mind-altering mayhem of his group’s live performances.
But in this case, we’re referring to Liu’s stewardship of the sprawling bi-annual “Deep Heaven Now” psych-rock festivals, which showcase a mix of mostly Massachusetts rock bands (as well as a handful of groups from around the United States) with an adventurous streak. And by adventurous, we mean musicians who love wrenching oceanic waves of guitar distortion and spacy noise from their instruments, and for whom My Bloody Valentine – not the Beatles – serves as a blueprint bible.
“It’s a great little community that we’ve got here,” Liu says over drinks at an Allston bar. “The pool of local talent in Boston is deep enough so that this sort of thing can be done here [twice a year]. And it’s small but big enough so that you have that sense of community. You don’t feel lost, like you are in New York City or L.A. or Chicago.”
Still, there can be trouble even in the most idyllic of communities, and that’s what transpired this past April, during the third installment of the ongoing “Deep Heaven Now” series. Liu remembers it as “an administrative disaster.”
“There was Sunshine Factory [a band from Alabama] setting off a smoke alarm with their fog machine, so that one entire side of the stage was shut down,” Liu recalls with a wince. “And there was a Baltimore band who drove ten hours and didn’t like the drum set I got them. So they turned around and drove back, and it left an open hour [in the performance schedule]. There were a lot of things that went wrong.”
But Liu remains undeterred. For the record, that band from Baltimore has not been invited back to play the latest installment of “Deep Heaven Now,” a two-day, 26-band blowout that’s emerged out of the original “Deep Heaven” psychedelic music events held in and around Boston during the 1990s.
“Deep Heaven Now 4″ is scheduled for Friday and Saturday at both P.A.’s Lounge and Precinct in Somerville’s Union Square, with staggered set times to accommodate attendees ambitious enough to sample every band. Additionally, Liu has made available (as a free download at http:deepheavennow.bandcamp.com) an outstanding compilation featuring most of the bands performing on the weekend bill.
Liu prides himself on having “eyes everywhere” in this thriving underground universe, and reaches for a dog-eared spiral-bound notebook scribbled with notes in pencil on band lineups and set times. “I am the dark lord of the psych-shoegazer scene – I see all and hear all,” Liu says with a grin, only half-kidding. “If it’s worthwhile, it gets back to me.”
Judging by the crammed schedule for next weekend’s festival, quite a bit of worthwhile music has reached Liu’s ears. He consults his notebook over a fresh Bloody Mary, and rattles off observations about a few of the bands scheduled to perform: At the top of Liu’s personal list of new favorites list is The New Highway Hymnal, a young Haverill group playing a 4 p.m. slot next Saturday at Precinct.
“They’re barely even 20 years old and the best thing I’ve seen since the Black Rebel Motorcycle Club,” he says. “I remember seeing them and they did a classic Jesus and Mary Chain-style set: 30 minutes, fast, distorted, smashed their guitars at the end. This is their first year, and they’ll be great. You’ll be hearing from them.”
Another hot prospect (playing P.A.’s in the 10:30 p.m. Saturday slot) is Hi Tiger, a sensuous-sounding outfit from Portland, Maine that Liu calls “the sexiest thing I’ve ever seen.” A new experimental noise trio from Boston, Of the Sun (P.A.’s, 11 p.m. Friday), should also be a highlight.
“I had never heard anything quite like their demo,” Liu gushes. And what of Gospel Gossip, a reverb-drenched group from Minneapolis? Liu simply calls them “one of the best bands in America right now. ” Gossip Gospel first performed at the second “Deep Heaven Now” installment held last year. “They were amazing,” Liu says.
As for what ties the bands, and the festival, together? There really is no one single formula or definition of what makes a “Deep Heaven” artist, says Liu.
“It was always an ambient-psych-shoegaze fest at its core,” he says. “But in terms of broadening the circle and the definition of what that entails, the ‘Deep Heaven Now’ label, to me, means bands that are progressive and experimental-minded.” Only one strict rule applies, he says: no fog machines.
— Scene & Heard/THE BOSTON GLOBE/July 25, 2011
https://28degreestaurus.bandcamp.com/

← FROM SCUD MOUNTAINS TO CHAPPAQUIDICK SKYLINES: The Geography Of Joe Pernice + Hick Rock With The Lonesome Bros
OPENING DAY PAGES OF THE PAST: Off The Wall, and Baseball Jonesing In The Season Of Quarantine →