Like Lou Reed and Jenny who put on that New York station and couldn’t believe what she heard, some of us had our life saved (or at least liberated) by rock ‘n’ roll too. Reed left this mortal coil three years ago today on a Sunday Morning that, I hope, was as lovely, peaceful, and beatific as the Velvet Underground song of the same name that graced their debut LP. In tribute to the man who, solo and with his band(s), shaped the sound of so much that came after (indie-rock, lo-fi, and so-called ‘slowcore’ owes a huge debt), here’s the remembrance piece I wrote the day Lou died, followed by an older feature originally published in The State, “South Carolina’s Largest Daily Newspaper,” when my favorite Velvets’ album, “Loaded,” was given a deluxe reissue. Hear from Velvets’ drummer Maureen Tucker and guitarist/bassist Doug Yule about what it was like playing in the band, working with Lou, and making the band’s final album — to me, as great a swan song masterpiece as any artist has put to wax. Oh, and make sure to dance to some of that fine, fine music today. 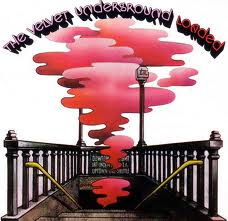 The LP cover of the Velvets’ fourth album, “Loaded,” Lou’s final with the band (which, sans Lou, would actually release one more, ill-advised post-Reed LP).

“Then one fine morning, she put on a New York station
And she couldn’t believe what she heard at all
She started dancing to that fine-fine music
Ahh, her life was saved by rock ‘n’ roll
Rock ‘n’ roll.”
— Lou Reed

The news that Lou Reed, singer-songwriter and…

← THE KING IS DEAD (But Johnny B. Goode Lives On): Chuck Berry, Rock ‘n’ Roll’s Pioneer Architect of Youthful Abandon, Dies at 90.
WHAT WOULD A VINYL JUNKIE DO? Music, Morals, And Nick Hornby’s High Fidelity Dilemma →