Happy 70th Birthday to The Who’s Pete Townshend, rock’s smartest, singular purveyor of windmills and power chords, smashed guitars and disaffected youth (Little Billy, Happy Jack, Cousin Kevin, Sally Simpson, Jimmy, and some kid named Tommy). In honor of today’s birthday boy behind blue eyes, here’s a newly expanded excerpt from my “RPM” essay, “A Nice Little Group: The Who’s Might At Wight.” It’s as good a summation of what Pete Townshend and The Who did so well — and why he and they continue to mean so much — as I’ll likely ever come up with (and I’ve been trying for 30 years now). Please have a look around and see my previous posts about Pete, Roger, John, and Keith and the beautiful racket they conjured. Oh, and enjoy the pics of Pete having fun with his gear through the years: 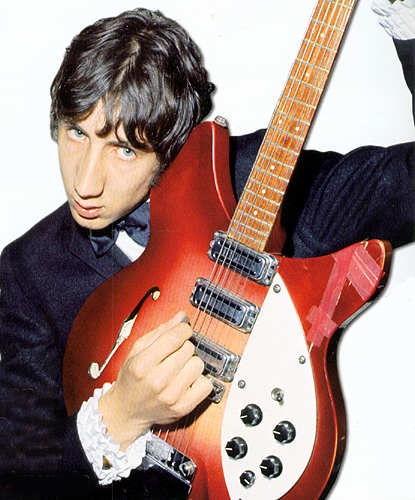 There was always a naked humanity to the Who, a humility that was palpable because it was sincere, true, real. Pete Townshend was among the first rock writers to wonder aloud if growing up wasn’t such a blast after all. Instead of churning out generic pop hits about cruising in cars and kissing girls, Townshend gazed inward and explored the confusion that came from adolescent alienation.

For no less than the first ten years of The Who’s existence, Pete’s subject matter frequently concerned ostracized teenagers or disaffected young people grappling for something akin to adulthood. Those narratives frequently mirrored his own yearning, as an artist and as a songwriter, for individuality, uniqueness, and an identity he understood — or could at least live with. 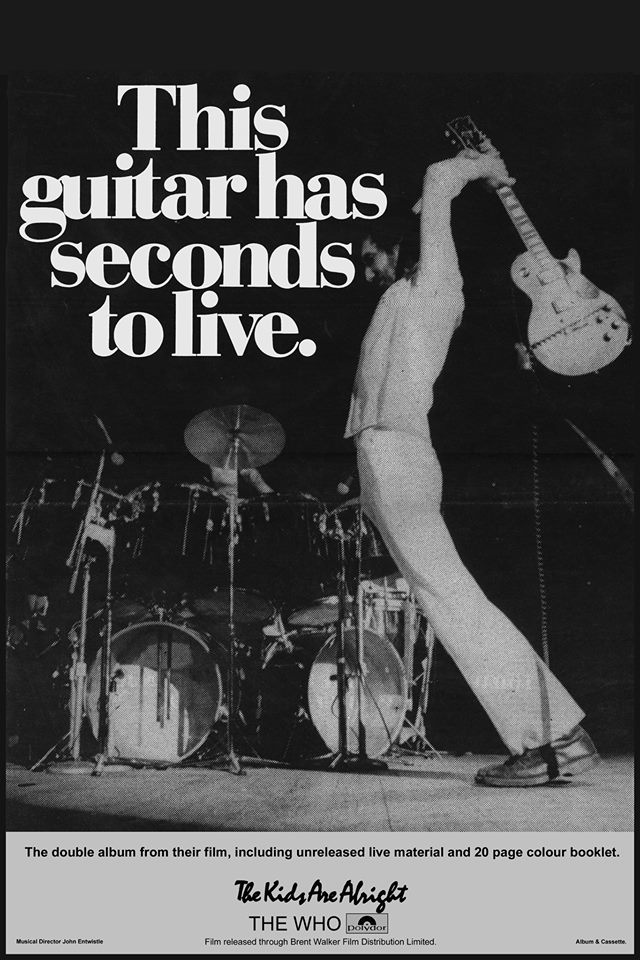 The quest for acceptance in the face of scrutiny, ridicule, or rejection — by one’s peers, by one’s parents, by society at large — informed the very best of Townshend’s works, from “My Generation” to “Tommy” to the underrated masterpiece of “Quadrophenia” and beyond.

(The Who’s initial “failure” to connect on a mass scale with American audiences early on undoubtably had something to do with the band’s identification with the Mod movement, a quintessentially British teenage phenomenon that incorporated Pop Art, fashion, and — oddly enough — American soul music. Ultimately, it took no less an achievement than the Who’s audacious rock opera “Tommy” in 1969 to break the band on these shores and establish Townshend as a songwriter of some note).

Later, while firmly entrenched in adulthood, Pete would cast that famously penetrating, unsparing eye of his to related emotional territory as he reluctantly faced down creative middle age and questions of continuing relevance, acceptance, and yes, identity. Two brutally candid autobiographical works, 1975’s uneven but bracing and frequently poignant “The Who By Numbers,” and the critically acclaimed 1980 solo album, “Empty Glass,” remain prime examples of a man at war with himself; never mind that he had not yet hit 35 when he made them).

Meanwhile, in the studio but especially on stage, the Who’s audacious power and indefatigable spirit infused Townshend’s characters with a dignity and strength of will to overcome a cruel, unfeeling, or absurdly uncomprehending society. As an outlet for Pete’s preoccupations, the band afforded him a marvelously vital vehicle that became the ultimate extension of self: A bold exterior of extravagant potency and physicality that gave voice and volume to the songwriter’s restlessly self-probing interior. In The Who, Townshend found the brawn to match his brain. And together, they became a united whole with heart, soul, and a seemingly limitless vision and reach. Or, as Pete himself put it in the lyrics to 1972’s “Join Together,” “a band as deep as it is wide.” And I would add, like Pete Townshend’s songs, timeless.