THE SOLO SOUL OF A BIG STAR: Alex Chilton On No. 1 Records, Radio City Rebounds, And A Third Album That Wasn’t

Incredibly, it’s already been five years since the death, of a heart attack at 59, of Big Star co-founder and quintessential rock cult figure Alex Chilton who, for me, remains a lasting listening influence and represents a personal and professional high-water mark in my 20-year tenure as a music journalist. Not many people got the chance to interview the elusive, reclusive, recalcitrant Chilton when it came to shedding light beyond the shadowy mystique of the once-forgotten, ultimately resurrected “power pop” avatars Big Star — saying no was one of Alex’s many specialties — so I still think it’s a bit miraculous that I was one of those lucky people to have an audience with Alex. As you’ll read in my intro, this event represents both one of the best and — as I thought at the time — worst interview experiences I’ve had, given Alex’s mercurial nature. But now in retrospect, I consider the totality of that interview, proverbial warts and all, to be a uniquely, quintessentially Alex Chilton experience. So maybe in some weird way, those 45 to 50 mostly amazing minutes(!) with a decidedly un-mellowed, unreformed, still cagey and contrarian Alex on the other end of the telephone was, just like Big Star’s music, a gift.

Neon Star: Another angle of the icon, shared and saved from the official Facebook page for the “Nothing Can Hurt Me” documentary. Also believe this image was used for an early ’90s CD-two-fer-reissue of “#1 Record” and “Radio City.” 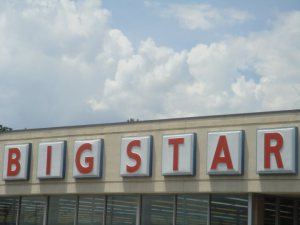 Marquee of a different sort: A front facade of a Big Star market in Memphis, and the inspiration for the band’s moniker.

The backside of Chris Bell’s solo single, with liner notes. Released in 1978.

A Big Star’s Cosmos of One: Chris Bell’s lone post-Big Star solo single, “I Am The Cosmos,” backed by “You and Your Sister.” Alex Chilton contributed backing vocals and additional instrumentation. 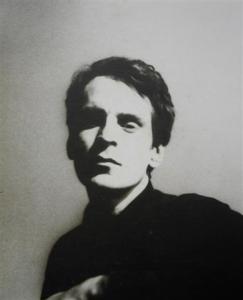 Portrait of the Artist As A Still-Young Man:…