DAYDREAM BELIEVERS HERE AND GONE: The Monkees In The Age Of Innocence

Happy 70th Birthday to The Monkees’ lead singer and drummer Micky Dolenz, whom I had the incredible (and slightly surreal) pleasure to meet and chat with face-to-face a few months ago. He signed my original “bearded back cover” “Headquarters’ LP, with the inscription “Cool!” and I finally had the chance, after 45 years since first catching the zany foursome during their second wave of popularity (Saturday morning reruns in ’69) to tell him how much he and the Monkees meant to me as a kid. I always felt like they lived next door to me somehow (yeah, I even told my schoolmates that they did!), they seemed so friendly and close. Micky even shares a birthday with my dad (who would have been 93 today), which is strangely coincidental to the fact that one of my other favorite singers, Mick Jagger, shares a birthday with my mom. And in my moment of coherence, I told Micky that I always knew that, even though Davy Jones was the face and heartthrob of the band, Micky Dolenz was their madcap humor, their zany energy, and their perfect pop voice. He thanked me graciously and actually seemed to appreciate hearing that. Here’s a riff on The Monkees below, which I wrote after Davy’s passing as an intro to a first-person piece I penned for The Boston Globe some years back. LOTS of Monkees links, from original screen tests to a very rare Micky commercial from the early ’70s, AND a VERY IMPORTANT RPM POLL! And I’d LOVE to know YOUR favorite Micky track!

The jockey and his horse: Davy Jones and the Monkeemobile

Screen Gems Stars: The Monkees, ready for their close-up, 1966 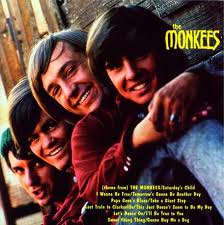 The Monkees debut LP, 1966: For years I thought the boys were leaning over an arched bridge. Then I saw the complete photo somewhere, which showed this bridge to actually be Davy’s tweed-pants-ed leg! 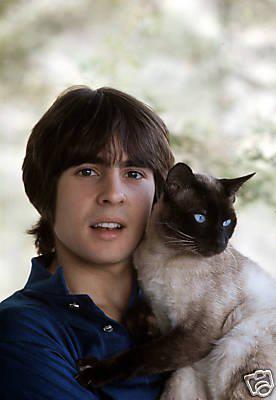 The Monkees were my first crush. They were an endless obsession during my childhood — when that elementary school stretch between the ages  of 5 to 9 seems an eternity of  best friends and bullies, playground battles won and lost, and mysterious little girls pined for (THAT I always had in common with Monkees’ singer/16 Magazine-heartthrob Davy Jones; well, plus the fact we were both shrimps; the only difference was, Davy always got the girl).

So this past weekend, in what felt like a now-or-never moment, I broke down and…

← BEHIND OLE’ BLUE EYES: Roger Daltrey, The Voice Of My Generation, Blows Out 72 Candles
Absolutely Pre-Fabulous! The Messiahs Trip Back To The Future in Bobb’s Psychedelic Car →

Scribblings about the past and future of Oakland A's baseball with a rock n' roll spirit and an eternal love for Milton Bradley. (John Fisher SELL THE TEAM!)