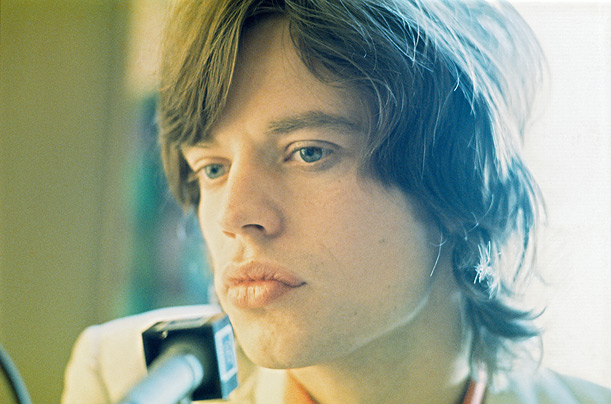 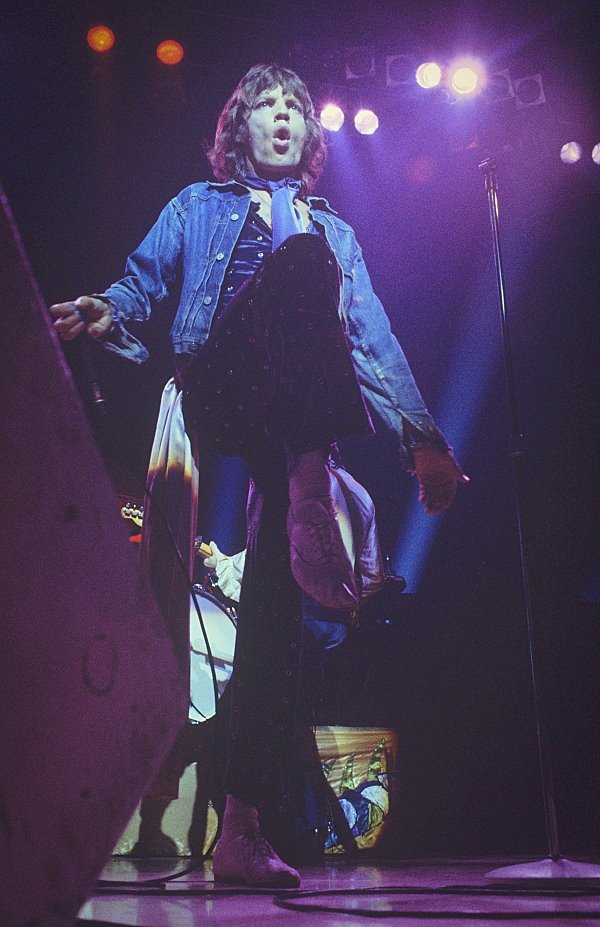 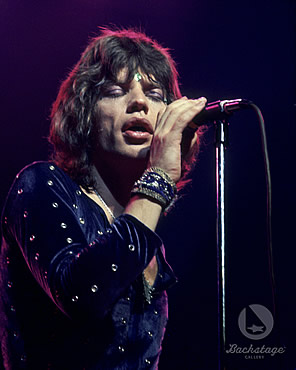 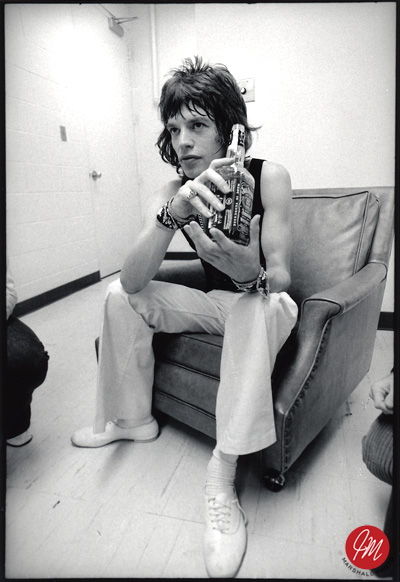 Since we’re commemorating the 70th birthday of Mr. Jumpin’ Jack Flash himself, I thought I would break out one of the reviews I’ve written when I’ve covered one of their many late-era tours. I chose this one because it has one of my favorite leads and opening paragraphs I’ve ever written about the Stones.  It has something to do with birthdays (or age, at least). And the words really came from my mother — (does this make her a mother’s little helper of beleaguered rock critics on late-night deadline?). My mom has been known to sing a snippet or two of “You Can’t Always Get What You Want” to keep her sanity around the house, and she also just happens to share Mick’s birthday of July 26. She’s a little older, of course. Not much, but a little: she turns 89 tomorrow. Here’s my review, for The Boston Globe, of a 2006 Stones show at what used to be called the TD Banknorth Garden in Boston as the band blazed along their “A Bigger Bang” tour.

Maybe my 81-year-old mother is right. He’s young yet, she says with a dismissive wave of her hand, whenever the subject of Rolling Stones’ 62-year-old frontman Mick Jagger’s age and inexhaustible energy supply  is broached.  It’s all about perspective.

For all the jokes about wheelchairs, rest homes and nicknames like Rolling Bones (although the band’s indescribably skinny guitarists Keith Richards and Ronnie Wood did resemble decadently dressed-up Halloween skeletons), Stones fans know that, like the song “Start Me Up” says, they’ll never stop. Sunday night’s sizzling two-hour performance – the second of the band’s latest two-night stand here –  threw the question back at skeptics who harp on the age/relevancy issue (not that there were many among the sold-out Garden faithful): Why should they? Just look at them. Better yet, just listen to them.

Creative relevancy may be another matter (the band’s much-ballyhooed latest, “A Bigger Bang” album is decent and even occasionally delicious, but is by no means a Stones classic). But as performers and working musicians, the Stones’ vitality remained undimmed, their signature chemistry and DNA as a rock life-force undiluted. And if songs like “Gimme Shelter”, “Brown Sugar”, and “Honky Tonk Women” ever do become irrelevant, rock & roll will be in a very sad place, indeed.

The moment he bounded out and launched into full Mick strut, a gyrating, pinwheeling, Tasmanian Devil, into the crunchy center of the blaring Richards and Wood riff onslaught, “Jumpin’ Jack Flash”, Jagger as curiosity piece gave way to Jagger as master showman. From there it was straight into 1967’s “Let’s Spend The Night Together” and the new “Rough Justice” from 38 years later; a throwaway, but a fun, raggedly familiar joyride nonetheless, with Wood supplying slippery slide guitar.

There’s less red rooster and more pep-rally booster to Sir Mick’s moves these days – a concession to the bigger theatrics required of an enormous stage – but you still get what you need at a Stones show: electricity personified, and a trenchant reading of “You Can’t Always Get What You Want”. Although overall, the band played it hit-heavy safe, the scuffed, semi-rare gem, “Rocks Off” was an orgiastic stew of nasty licks (with Richards deploying low-slung flourishes on guitar) and brassy kicks from the four-piece horn section (the Stones were born to be a soul band with horns). “Memory Motel”, with tasty vamping from Mick, and Keith’s nicotine-stained refrain, shimmered.

“Boston, you’re becoming a habit – and you know what *I’m* like,” a smiling Richards said by way of introducing his spare saloon ballad, “This Place Is Empty”, and alluding to his chemically enhanced past. The number made for one of the evening’s few lulling moments, but Keith’s hot-wired  “Happy” made up quick ground. As it had Friday night, the stage broke in two and became a moving float that brought the band to the middle of the Garden for a clutch of classics, including “Get Off Of My Cloud.” The Eastern-tinged “Paint It, Black”, its kinetic rhythm articulated by every crisp cymbal crash and beat by drummer Charlie Watts, was an ancient jewel, dusted off and polished as if to summon the spectral presence of Brian Jones.

The band closed with a snorting, exhorting “(I Can’t Get No) Satisfaction” that sent the sonic shrapnel flying and confetti streamers showering from the rafters over the audience. Maybe Mick couldn’t get it for himself, but some four decades after he first tried, he gave it to us again, and why should we have been surprised? He’s young yet.